She lives with her mother and two young children in a one-bedroom apartment, working odd and demanding hours at minimum wage, barely making ends meet. Now that her mother is ill and can no longer help her care for her children, she must leave her job and move her family into a shelter.

All too often, profiles of poverty in the United States are profiles of women. October 17th marks the 25th International Day for the Eradication of Poverty and provides a critical opportunity to reflect on this unyielding trend. In the United States, women are 35 percent more likely to live in poverty than men and twice as likely to work low-wage occupations, despite overall higher levels of education. In fact, more than two-thirds of minimum wage workers are women, and the numbers only get worse for women of color and households led by single women. Moreover, nearly one in five working mothers with small children work low-paying jobs. Consequently, the United States has one of the highest child poverty rates among developed nations. When women are in poverty, children are in poverty.

Contrary to popular rhetoric, poverty is not perpetuated by scarcity or laziness. For women in the United States, much of the dynamic is driven by persistent and systemic forms of gender discrimination. As a result, low-income women in our society are uniquely overburdened, undervalued, and rendered vulnerable in ways that impede their ability to break free from poverty. 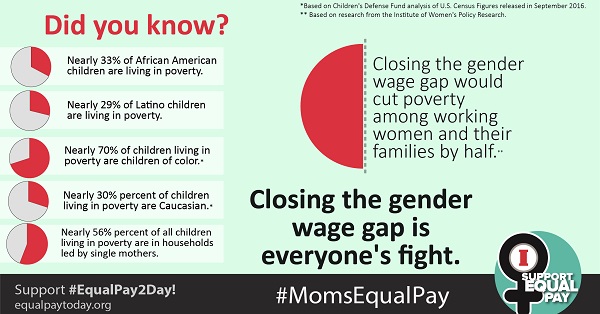 How can we change this dynamic? Re-think the workplace as a place for women. With the aim of eradicating global poverty by 2030, the United Nation’s Sustainable Development Agenda provides a holistic framework for enhancing gender equality in the workplace. In the United States, this framework requires that we implement comprehensive policies that provide a continuum of support for women and families.