Legal Momentum applauds the appointment of Fatma Samba Diouf Samoura as the first woman secretary general of FIFA, the governing body of world soccer. FIFA President Gianni Infantino announced her appointment by the FIFA Council on May 13, 2016. Ms. Samoura, who is Senegalese, is the first woman and first African to hold this post. She is a 21-year veteran of the United Nations who is currently the UN’s Resident/Humanitarian Coordinator and UNDP Resident Representative in Nigeria. She is expected to assume the role of secretary general before mid-June. 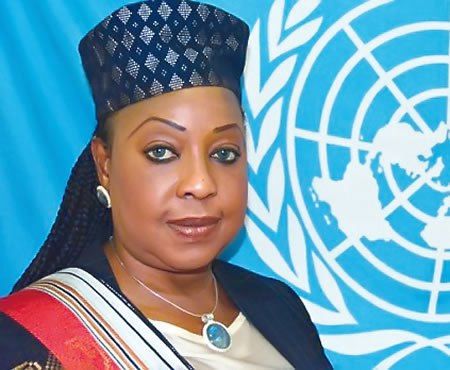 Legal Momentum also celebrates FIFA’s creation of a women’s soccer division in the FIFA administration to further support the promotion and development of women’s soccer.

These reforms are much needed and could not come at a better time. As Legal Momentum reported last year, “Rampant gender bias exists at every level of FIFA, from the top down. This multi-billion dollar powerhouse deliberately excludes and discriminates against women. It’s time for that to end.” So, in addition to appointing Ms. Samoura, FIFA should immediately adopt the demands being made by the U.S. Women’s National Team, which clinched the World Cup Championship in 2015. The U.S. team is demanding equal pay and playing conditions. "In this day and age, it's about equality. It's about equal rights. It's about equal pay. We're pushing for that. We believe now the time is right because we believe it's our responsibility for women's sports and specifically for women's soccer to do whatever it takes to push for equal pay and equal rights. And to be treated with respect," said star goalkeeper Hope Solo, who has also won three Olympic gold medals.

Legal Momentum has been a strong voice calling for greater equality for women players in international professional soccer, as well as for more women in leadership positions in FIFA, with op-eds and social media campaigns using the hashtag #breakthegrassceiling. Indeed, Tanzanian news outlet The Citizen cited Legal Momentum's leadership in calling for an end to gender bias in FIFA in its coverage of Ms. Samoura’s appointment. As we said a year ago, “If FIFA is to be swept clean, FIFA should put women in senior management positions, including the Presidency.”