On February 6, 2014, the Department of Justice announced the first three tribes approved to implement special domestic violence criminal jurisdiction under the Violence Against Women Act of 2013. The three tribes are: the Confederated Tribes of the Umatilla Indian Reservation, the Pascua Yaqui Tribe, and the Tulalip Tribe. Under the VAWA Pilot Project, these three tribes will be able to exercise criminal jurisdiction over certain crimes of domestic violence and dating violence, regardless of the defendant's Indian or non-Indian status. 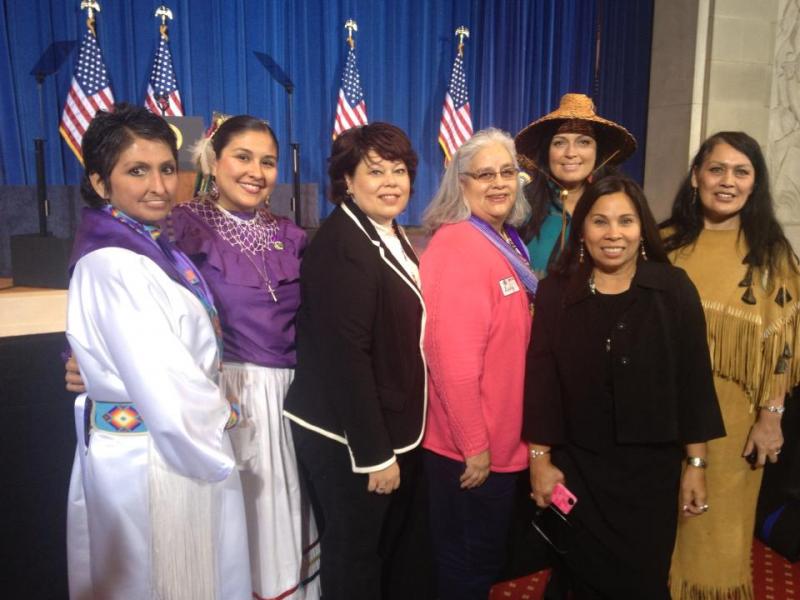 According to the Justice Department, Native American and Alaskan Native women are subject to uniquely high rates of sexual violence. In a 2008 CDC study, 39% of Native women surveyed identified as victims of intimate partner violence in their lifetime, a rate higher than any other race or ethnicity surveyed. Another study found that American Indian/Alaskan Native American women were the most likely racial group to report a physical assault by an intimate partner. But tribal court systems have often lacked the resources to address these cases.

Tribal courts historically have not had jurisdiction over non-Native offenders, a circumstance that has made it nearly impossible to prosecute many perpetrators of crimes against Natives. One of the aims of Legal Momentum’s advocacy work on the Violence Against Women Act reauthorization was to change this unfair situation.

The ability of tribes to exercise jurisdiction over non-Natives was source of contention during the most recent VAWA reauthorization, particularly in the House of Representatives. However, coalitions of Native Women, and the National Congress of American Indians, aided by the White House, the National Task Force to End Domestic and Sexual Violence (Legal Momentum is a founding member), and key congressional allies including Senators Patrick Leahy, Michael Crapo, and Patty Murray, the late Senator Daniel Inouye, and Representatives John Conyers, Tom Cole, Gwen Moore, and others were able prevail and ensure that non-Native perpetrators of domestic and dating violence could be held accountable in tribal courts.