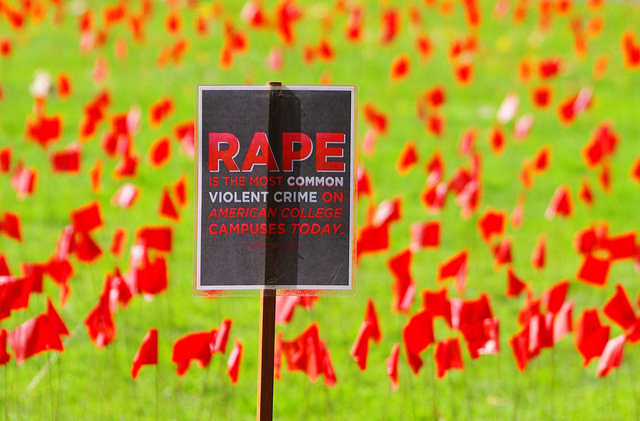 Colleges around the country have kept reports of campus sexual assault hidden behind their ivy walls. No college catalog informs parents there is a 1 in 5 chance their daughter or 1 in 16 chance that their son will be the target of an attempted or completed sexual assault while at college.

Because of the efforts of brave students who were sexually assaulted on their campuses, yet ignored by their colleges, the U.S. Department of Education's Office of Civil Rights is investigating over 100 colleges. Among the schools being investigated for mishandling sexual assault cases are those that are considered the best in the country: Harvard, Brown, Princeton, and Dartmouth, the University of Michigan, the University of California at Berkeley, Swarthmore and Amherst.

New York is now poised to become a leader in stemming sexual assault on college campuses. “Enough is Enough,” a bill presented to the New York State Assembly by Governor Cuomo this session, requires that all private and public universities in New York have a comprehensive policy to protect students from sexual assault, domestic violence, dating violence, and stalking on their campuses. It also has provisions in place to assist sexual assault victims.

Notably, “Enough is Enough” includes a clear definition of affirmative consent. Affirmative consent requires “affirmative, conscious, and voluntary agreement to engage in sexual activity.” That means that only “yes” means “yes.” Silence and inactivity, under the bill, mean that a student has refused to engage in sexual activity. Any student who engages in sex without consent will be subject to disciplinary proceedings.

In the event that a sexual assault occurs, “Enough is Enough” requires that a victim be informed of all the resources available to her or him, including the right to contact law enforcement.

The bill also has an amnesty policy that exempts survivors and witnesses from disciplinary action for breaking campus code of conduct (such as underage drinking).

The bill is a huge and much-needed step in protecting New York’s college students. Legal Momentum urges other states to adopt “Enough is Enough” in its entirety to stem the campus sexual assault epidemic in this country.