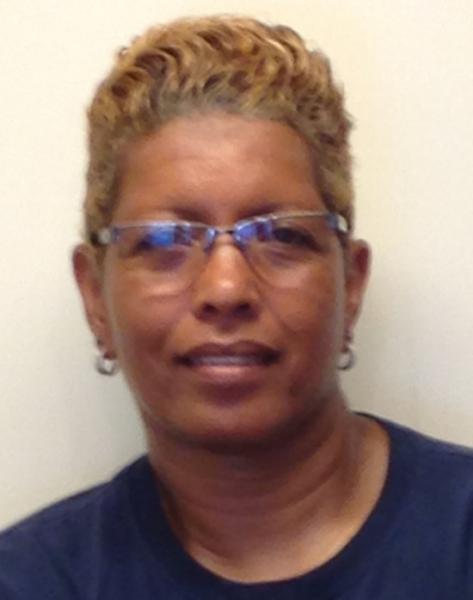 “I’m a success story. It’s a good career. It’s rewarding at the end of the day and that you worked for your paycheck,” says Marie, a New York City Operating Engineer. Marie has been in the trades 13 years and is a member of the International Union of Operating Engineers Local 15. Before Marie joined the trades she was a cargo handler in the military and dealt with forklifts. At some point she met Alice Rone, another operating engineer, who told her about the trades, served as her mentor, and was a part of her attraction to them. This meeting led Marie to enter into New York City’s Non-Traditional Employment for Women’s (NEW) pre-apprenticeship program. It took her three months to get into the apprenticeship program after leaving NEW and four years to become a journey worker.

After six years in the field as a journey worker, she was asked to be an instructor at Local 15's Apprenticeship program by the president of Local 15 (who is now president of the International). Over the course of her six years as a journey worker, Marie had the opportunity to work on Yankee Stadium, JFK Airport, and in the tunnels under the city. But, even though she was apprehensive about the promotion, she accepted it anyway, saying “When I realized I can be someone who can help someone else better themselves in this career, I accepted the position.” Five years and five months ago Marie got another promotion to her current position as trainer coordinator, remarking that she has progressed, “In a very short period of time.”

Marie credits being in the military with helping her develop confidence, discipline, and a strong work ethic—all things she says have helped make her successful in her career in the trades. She says, “It’s a lot harder for women in this industry. You have to work 10x harder than a lot of the men. They always test you or feel like you can’t compete with them for a job. But, if this is the dream that you want you have to stick with it. Don’t get discouraged because you’re the only female—you can still do it.”

It is Marie’s persistence and ability to “stick with it” over the years that has allowed her to have the career she has today. She remarked that, “I’ve made myself a career now. I can better afford to take care of my family. It feels good to be able to have a career instead of just a job.” She sees the industry growing and creating more opportunities to have a career like the one she is so proud of. She remarks that “There are more and more women when I go to the job fairs asking me about the industry.” This growth makes Marie optimistic about the future of the industry for the next generation of tradeswoman and she is happy to serve as a mentor to her apprenticeship students or just women in the trades. She often goes back to NEW to pass along this advice to future tradeswomen, “It’s a hard industry. If you really want to change your life, you have to stick with it.” Marie knows there is nothing she or future tradeswomen cannot do and takes every opportunity—whether through leading by example, going back to NEW to share her story, or serving as a mentor—to inspire future generations to pursue the career that changed her life.