“I love my job,” says every tradeswoman I have met since launching Tradeswomen’s Tuesdays in March. Having grown up around electrician Carolyn Walters, it was no surprise to me that women could succeed and thrive in the construction industry. However, hearing their genuine enthusiasm and pride for their work highlighted how the trades can provide women with a career that provides high wages and great opportunities. Each week, these women have provided glimpses into not only why they love their jobs, but also what has helped them succeed. Over the weeks, I heard several recurring themes. As my internship at Legal Momentum wraps up, I wanted to bring together the collective wisdom and energy of these inspiring women.

Skills Come First. All of the women said that having good “mechanics” or strong skills should be the first priority for any worker in the trades, especially tradeswomen. Maggie Sepulveda, a carpenter from New York, says that a woman has to work twice as hard to be seen as an equal to the brother carpenter working next to her. “If one bad apple spoils the bunch, one woman who does not do the job like a man puts a bad name to all tradeswomen,” said Maggie in our interview in March. Maggie, like all of the women profiled, credited union-approved pre-apprenticeship programs and union apprenticeship programs in helping them to develop the skills to succeed. Union programs, said both Rocky Hwasta, a carpenter from Ohio, and Meg Vasey, an electrician from California, also can ensure that tradeswomen are paid equal wages to their male counterparts.

Mentors Matter. Each woman shared the role that mentorship played in helping her build the skills needed to succeed in her trade. Carpenter Rocky said that mentorship can help women develop both the mechanics and the mindset needed for the trade. “It helps to have someone to talk to about the work who knows what it’s like, but they can help you with everything, like saving to prepare for layoffs and getting jobs.” Although many of the women said that woman mentors played an important role, with so few women in the trades, seeking out male colleagues has been incredibly important—even if those colleagues are reluctant to show support. Sheet metal worker Leah Rambo said, ““I can be a pest and am tenacious, so I made sure that I learned.” Similar persistence paid off for all of the women profiled.

The Job is More Than the Bad Days. Each of the women had devastating and frightening stories of discrimination and harassment on job sites. Many of them also had incredible stories of resilience and fighting back against these terrifying challenges. “I had to tell myself that what the men said wasn’t about me…You’ll find negativity everywhere, but if you’re determined and block it out, you’ll succeed,” says Mary Battle, a cement mason from Washington, DC. These women are inspiring not only for this strength and commitment, but also because they see these negative experiences as secondary to their love of the job. The women profiled in Tradeswomen’s Tuesdays value the opportunity provided in their careers. Beth Barton, a carpenter from Missouri, says, “This trade has transformed my life in every way. It allowed me to escape the desperation of poverty, and it’s given me wisdom and courage…and muscles.” The women all love working with their hands and seeing projects come to life while earning high wages, making even the bad days easier to bear.

More Women Are Wanted. The women were all frustrated that are still so few women working in the trades. Wendy Webb, a laborer from New York, says, “This career is not for everyone—men and women—you need tough skin, you’re on your feet all day, and you’re putting your body through stress. But if you want it and commit to it, it can be a great opportunity.” Each of the women is a passionate advocate for tradeswomen and is dedicated to ensuring that women thrive in the industry. They are building organizations like Tradeswomen, Inc. in California and Missouri Women in the Trades in Missouri to support women during their careers. However, the women also call on unions, contractors, developers, and the government to demand greater equality in the industry. Meg Vasey says, “I was given a chance because contractors were told that they needed to find women. I never worked any federal projects, but it got my foot in the door. I want other women to have that chance. You have to put out that message to the union and contractor. ‘If you value women as a part of your workforce, you will be rewarded and the rank and file will be more productive.’”

The reason why these women and other succeed in construction trades was best said by Mary Battle. When asked why there should be more tradeswomen, Mary says, “We take more pride in our work. Women just do things better.” These women love their jobs and thrive in this unique challenge. Tradeswomen’s Tuesday was launched to bring visibility to the approximately 200,000 women who work in this field and are building America. Stay tuned to hear from more women whose love of the job is inspiring, but not at all surprising. 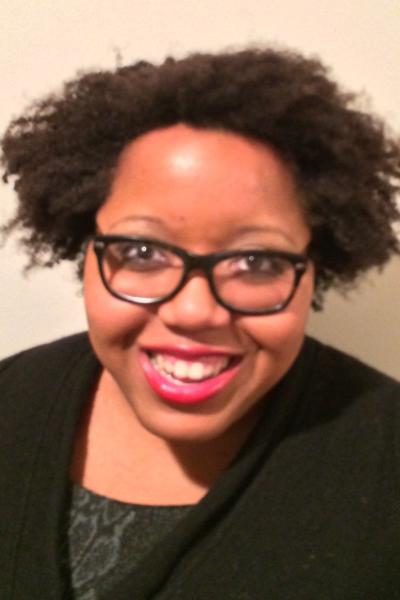 Grace Boone is a Master of Public Administration Candidate at the Robert F. Wagner School of Public Service at New York University. She was a Spring 2014 graduate intern in the Equality Works Project.