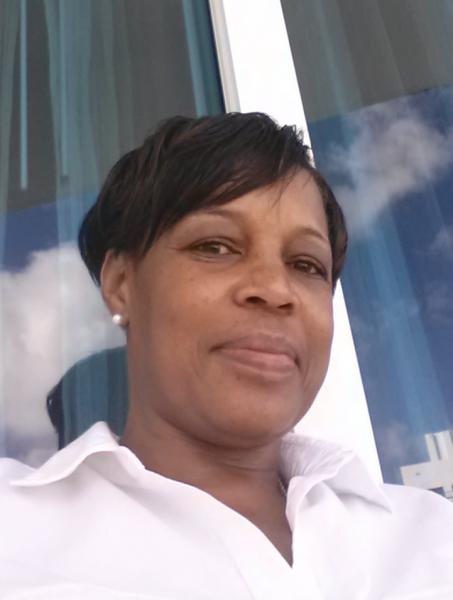 “More than anything, I was shocked,” says Mary Battle, a cement mason with 30 years experience on making history by being unanimously elected business manager of her local – the first woman in its nearly 150 year history. A driven and tenacious tradeswoman, Mary is proud to lead the 900 members of OPCM Local 891in Washington D.C. “This showed that the guys wanted change and respected me.” Mary has risen to the challenge of this position with courage and a clear mission: bring more women to the trade.

Like most history makers, Mary seeks to create a better environment for her fellow tradespeople – especially because facing discrimination has been a part of her job since day one.

“I love my trade very much,” she says. “I love watching nothing become something.” Over her more than 30-year career, Mary has worked on many impressive jobsites, including FedEx Field where the Washington Redskins play and M&T Bank Stadium where the Baltimore Ravens play. A mother of 6 and grandmother of 3, Mary credits her babysitter for allowing her to remain committed to her work. On evenings when Mary would have to work late, she could feel confident that her children were fed dinner and sent to bed on-time. “I only had to drop off clean uniforms in the morning!” Mary says.

At work, she received less support. “As a woman, you are not always given the hours that men get, and women are the first sent home. The men would say, ‘You should stay home, have babies, and be in the kitchen.’” But while the men were not always welcoming, zero-tolerance worksites made sure that she could safely speak up. “Once I pushed the issue and said you’re not going to do or say anything and everything to me, things changed.” When she brought a complaint against two foremen who were harassing her, they were suspended for a week, and the worst of the behavior stopped.

Mary says that successful tradeswomen must have a thick skin to be successful. “I had to tell myself that what the men said wasn’t about me…You’ll find negativity everywhere, but if you’re determined and block it out, you’ll succeed” Mary wants to add 200 women into her local’s membership, and she is well on her way. Since being elected Business Manager just over two years ago, she has more than doubled the number of women in her local  from 5 to 12. When asked why there should be more tradeswomen, Mary says, “We take more pride in our work. Women just do things better.”

Tradeswomen’s Tuesday is a campaign to bring visibility to the 86,000 women who are building our nation and breaking down barriers in construction trades. These women love what they do and want more women like them to enter their trades. Legal Momentum’s Equality Works project works with women like Mary to ensure that they will not have to face obstacles every day on the job. For more information on women in the trades, see Legal Momentum’s 2013 Report, “Still Excluded.”

If you're a tradeswoman who is interested in being featured in this series, contact Françoise Jacobsohn, Equality Works Project Manager, at fjacobsohn@legalmomentum.org.