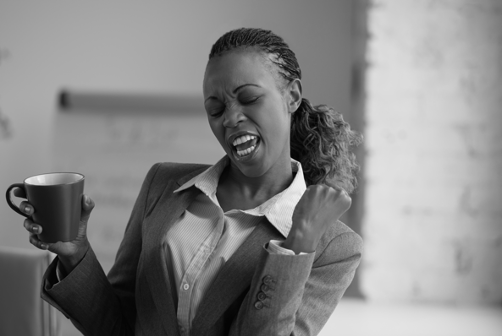 On July 2, 2020, the U.S. Supreme Court solidified a critical victory for pay equity when it denied a petition to hear Rizo v. Yovino, a Ninth Circuit case holding that under the Equal Pay Act, prior salary cannot justify paying men more than women. The Ninth Circuit’s decision prohibits employers in that jurisdiction from using an employee’s prior salary to defend a pay disparity based on sex. Because the Supreme Court denied cert, the Ninth Circuit’s decision will stand as presiding law.

Although the Equal Pay Act (EPA) was passed fifty-seven years ago, on average women are still paid 82 cents for every dollar paid to men. Furthermore, African American women earn 62 cents for every dollar a white man earns, and Latina woman earn only 54 cents. The unfair use of prior salary data significantly contributes to these gender and race-based pay disparities. We still have much to accomplish in achieving equal pay for equal work.

Employers’ practice of relying on an employee’s previous salary to set her new salary perpetuates discriminatory pay practices, artificially allowing lower wages paid to women in one job to be used to justify lower offers in each subsequent job. Without legal rulings and laws known as “salary history bans,” employers can perpetuate a progression of unequal pay for women and people of color throughout the rest of their careers. As a result, women, particularly women of color, are continuously paid less.

In Rizo, Plaintiff Aileen Rizo worked for the Fresno County school district as a math consultant. After learning that the school district paid male math consultants more than her, she asked for an explanation. The school district explained that it determined all starting salaries based on the employee’s most recent prior salary, plus a standardized increase. Rizo sued, claiming the policy resulted in impermissible sex discrimination under the EPA. Her employer defended its actions, claiming its salary scheme was not based on her sex. Under the EPA, which prohibits unequal pay because of sex, employers can defend themselves by claiming the pay disparity is based on “any factor other than sex.”

The first time the Ninth Circuit heard the appeal in this case, it did not agree with the school district; however, the Supreme Court vacated the decision and remanded the case back to the Ninth Circuit because Judge Reinhardt, who wrote the initial opinion, passed away before the decision was released. While this remand meant this decision could be reversed, this year the Ninth Circuit reaffirmed its original decision, recognizing that women should no longer be denied equal pay based on rationales such as salary history, which preserve systemic discrimination.

The Ninth Circuit held that under the Equal Pay Act, “prior salary alone or in combination with other factors” is not a legitimate defense to a gendered pay gap, as prior salary is not a “factor other than sex.” Because of the “history of pervasive wage discrimination in the American workforce” the Court determined the school district could not show that “sex played no role in wage disparities.” The decision stated that the Equal Pay Act’s “express purpose (is) to eradicate the practice of paying women less simply because they are women” and that “allowing prior pay to serve as an affirmative defense would frustrate the EPA’s purpose as well as its language and structure by perpetuating sex-based wage disparities.”

The crucial decision in Rizo contributes to a growing body of law tackling the role salary history plays in exacerbating systemic gender and racial discrimination. We have worked in collaboration with other advocates to enact salary history bans in New York City and New York State. Salary history bans are effective. Not only have we used these provisions to legally challenge pay discrimination, new research shows these laws are working. In states that have implemented salary history bans, women’s salaries have increased by 8% after changing jobs. Similar laws are now making headway across the country. Currently, nineteen states, twenty-one cities, and Puerto Rico all have laws or executive orders in place that prohibit employers from asking about or relying upon a potential employee’s prior salary in setting the employee’s new salary.

As these laws take hold across the country, the Ninth Circuit’s holding in Rizo, and the Supreme Court’s decision to decline review, reaffirm that one’s prior salary has no place in determining one’s future worth.

Praised by national women leaders     The long-standing and deeply experienced SYMS | Legal Momentum Helpline remains available at NO COST to provide legal information and referrals on issues related to sex discrimination in the workplace, home, school and the courts.

Be part of the solution.  Please share.     In this time of challenge, our legal team immediately developed the NO COST Legal Rights and Economic Resources for Workers Impacted by COVID-19 that include Spanish and Chinese translations