Legal Momentum and the law firm Boies, Schiller & Flexner filed a “friend of the court” brief urging the United States Supreme Court to take up the case of Jane Doe et al. v. Backpage.com et al. The plaintiffs are several women of color who were advertised for sex on Backpage.com in Massachusetts and Rhode Island when they were minors—beginning at age 15—and were raped hundreds of times as a result. Backpage is a classified advertising site that dominates the world market for commercial sex ads—posting one million sex ads per day, according to the National Center on Sexual Exploitation. It rakes in an estimated $9 million in profits every month from that business. Unfortunately, the district court dismissed the women’s case last spring. The women appealed, but the First Circuit Court of Appeals upheld the dismissal. The appeals court interpreted a 1996 law, the Communications Decency Act (CDA), as protecting Backpage.com from being sued. Legal Momentum believes that this is a serious misinterpretation of the CDA, which Congress clearly intended to protect children from exposure to harmful materials online. Using the CDA to shield a site that operates as an “online marketplace for pedophiles” is a perversion of Congress’s original intent to protect children, says Carol Robles-Román, Legal Momentum’s President and CEO. 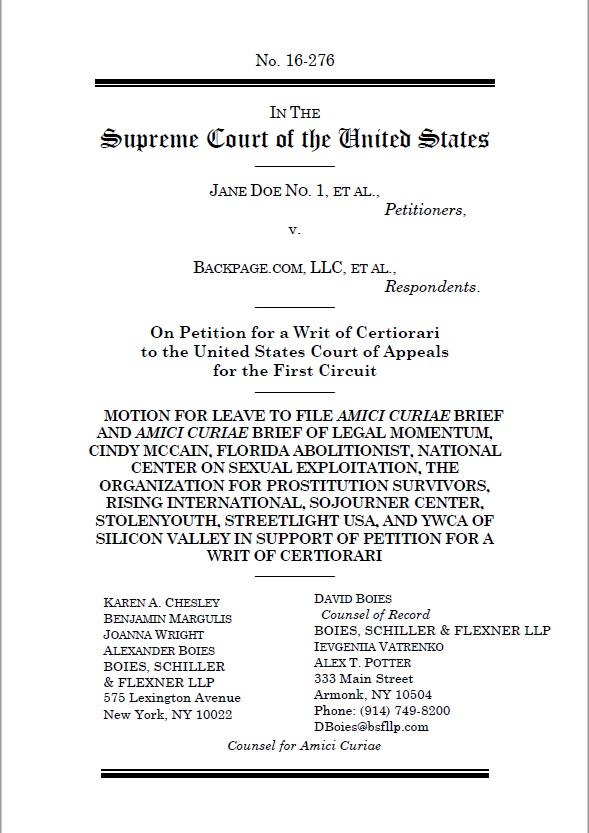 In March, Backpage.com was held in contempt of Congress for failing to comply with a Senate investigation into its facilitation of online child sex trafficking. In October, Backpage.com’s CEO, Carl Ferrer, was arrested in Texas on charges of pimping a minor that were filed by California Attorney General Kamala Harris. The company’s co-founders, Michael Lacey and James Larkin, were also arrested on charges of conspiracy to commit pimping.

Legal Momentum strongly encourages its supporters to join in the fight against online commercial sexual exploitation to help call attention to this case on social media using the hashtag #CDAnot4traffickers.

Several anti-trafficking activists and organizations also signed on to the Legal Momentum amicus brief, including: Cindy McCain, Florida Abolitionist, the National Center on Sexual Exploitation, Organization for Prostitution Survivors (OPS), Rising International, the YWCA of Silicon Valley, Sojourner Center, StolenYouth, and StreetLightUSA. The Supreme Court is expected to consider whether to take the case in December. 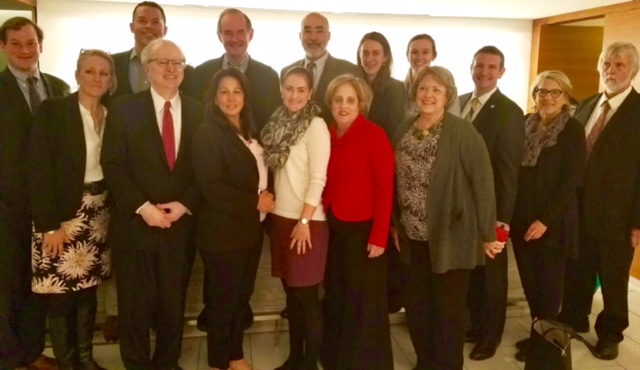 Legal Momentum is involved nationally and internationally in ending human trafficking. President and CEO Carol Robles-Román traveled to Florida in September to meet with anti-trafficking organizations, the Miami-Dade County Attorney’s Office, and Katherine Fernandez Rundle, the State Attorney for Miami-Dade County, on the issue of online sexual exploitation of girls and women. Carol also forged a partnership with the Orlando Anti-Trafficking Task Force, composed of survivors, judges, academics, and advocates. Legal Momentum and Boies, Schiller & Flexner sponsored a visit to New York City by the task force in October. Former Chief Judge of the N.Y. Court of Appeals, Jonathan Lippman, met with the group during their visit.

Legal Momentum has given multiple presentations on preventing online human trafficking to New York City Commissioners and other city officials.

In September, Legal Momentum’s Executive Vice President and Legal Director, Penny Venetis, traveled to Phoenix, Arizona, to give presentations on stopping online sexual exploitation of girls for the Phoenix Task Force on Human Trafficking and the Arizona Governor’s Council on Human Trafficking. Penny outlined Legal Momentum’s strong foundation of expertise on violence against women and its anti-trafficking work, as well as its pro-bono partnership with David Boies and his firm Boies, Schiller & Flexner. Legal Momentum also pointed out that numerous murders around the nation have been linked to online ads. Legal Momentum is partnering with anti-trafficking organizations in the state of Arizona and around the country on efforts to curb online facilitation of human trafficking.

Legal Momentum is partnering with the World Without Exploitation Coalition on strategies for ending this significant problem. World Without Exploitation is a major new anti-trafficking effort launched in October by a coalition of activists and survivors of human trafficking. Legal Momentum’s Executive Vice President and Legal Director, Penny Venetis, is a member of the Coalition’s Steering Committee. Legal Momentum will continue to be deeply involved in this effort.

Carol has been invited to be a featured presenter at the 2016 Thomson Reuters Foundation’s Trust Women Conference in London in November on the topic of “Fighting Human Trafficking and Slavery of Children.” The Trust Women Conference is an annual international forum on ending modern slavery. Carol previously attended the conference in 2014, when she was on a panel about “Women in Cities.”

Photo: Meeting with the Orlando Anti-Trafficking Task Force in NYC

On September 21, Legal Momentum, with its partners the Thomson Reuters Foundation (TRF) and Orrick, Herrington & Sutcliffe LLP, hosted a discussion at Roosevelt House in New York City on “sextortion,” a form of cyber-violence which the FBI has called “the most significantly growing threat to children.” 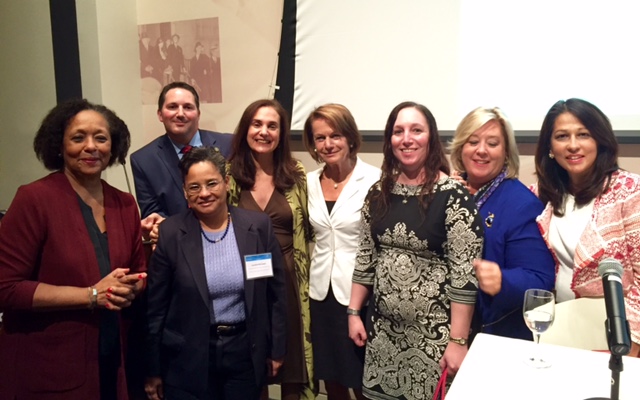 Sextortion is a form of extortion where someone with power over the victim demands sex or sexual images, rather than or in addition to money. Women and girls are disproportionately impacted by sextortion. As Heather, an adult sextortion victim Legal Momentum is working with, stated: “It’s affected my life thinking about having all of these personal videos put on the internet and how that would affect my job, my future.”

According to the National Center for Missing and Exploited Children, 78 percent of reported sextortion victims are girls; their average age is 15. Perpetrators, who often target multiple victims, sometimes go unpunished because existing laws do not specifically define sextortion as a crime. To raise awareness, this summer Legal Momentum started an online media campaign aimed at teens and young women using the hashtags #ThisIsSextortion and #StopSextortion.

Legal Momentum is helping the public to recognize a cyber-predator so they can be stopped. To help stop sextortion:

You can also find Legal Momentum’s fact sheet, “9 Tips to Prevent Cyber-Sextortion,” on our website.

Photo: "A Call to Action" event panelists and speakers 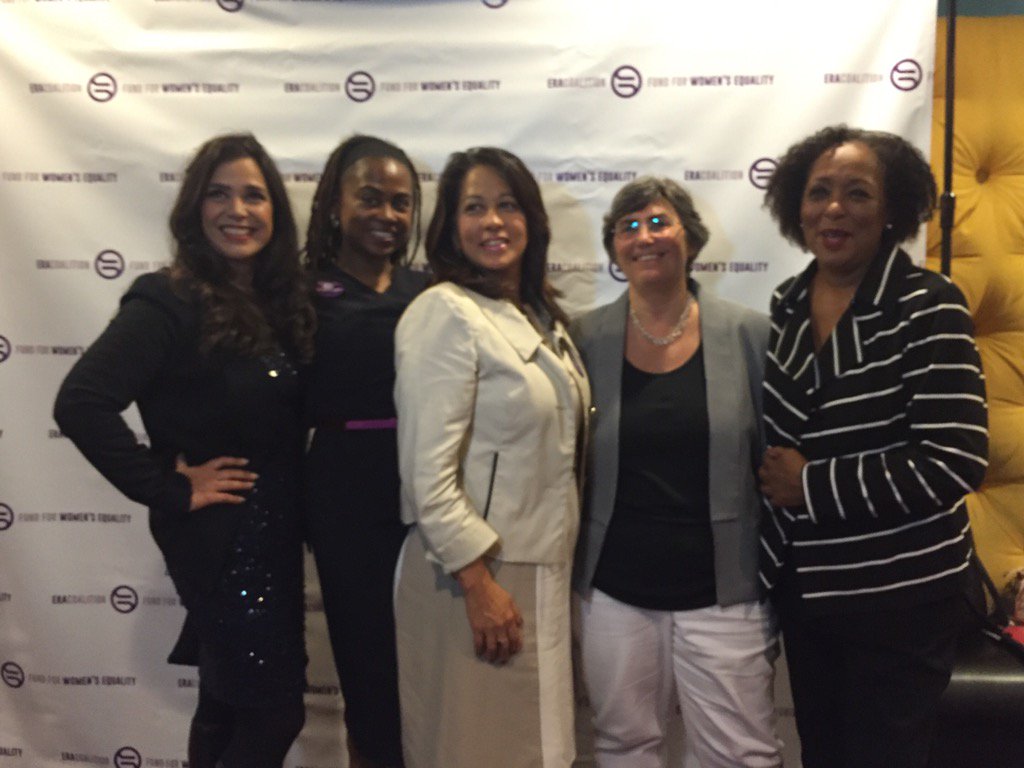 The new women’s rights documentary film Equal Means Equal premiered in September. On September 7, a special screening and panel discussion took place in New York City. The film was introduced by Orange Is the New Black star Taylor Schilling. The panel included Carol Robles-Román; Kamala Lopez, the film’s director; Jessica Neuwirth, president of the ERA Coalition; Jamia Wilson of Women, Action, Media (WAM!); and Ravi Karkara of U.N. Women; and was moderated by renowned journalist Carol Jenkins. Legal Momentum’s precedent-setting legal work was featured in the movie, which makes a powerful case for getting the Equal Rights Amendment into the Constitution once and for all.

Legal Momentum Leads the N.Y.C. Young Women’s Initiative into Its Next Phase 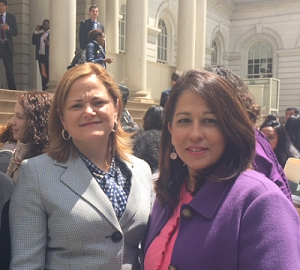 The New York City Council Young Women’s Initiative (YWI) issued the final report and recommendations of its opening phase this summer. The YWI was launched by City Council Speaker Melissa Mark-Viverito to combat racial and gender inequality and is the first initiative of its kind in the nation. Legal Momentum was deeply involved in the YWI and was instrumental in forming its recommendations for implementing programs to empower the city’s young women of color. In October, Speaker Melissa Mark-Viverito appointed Carol Robles-Román as the Co-chair of the YWI Advisory Board for the implementation phase of the program.

Working to End Gender Bias in Courts across the Nation—and Beyond!

Staff Attorney Jennifer Becker attended the annual National Sexual Assault Conference in Washington, D.C. from August 31 through September 2. The conference brought together more than 1,000 multidisciplinary anti-sexual violence advocates from around the country and sparked important conversations about taking new approaches to sexual assault prevention and response.

Trainings and Presentations in Colorado

On September 11, 2016, Jennifer presented on three topics to more than 50 Colorado judges at the Colorado Judicial Conference’s annual full-day violence against women training event, the VAWA Judicial Institute, in Vail. The topics were: “What judges wish they had known before presiding in adult victim sexual assault cases,” based on NJEP’s publication “Judges Tell: What I Wish I Had Known Before I Presided in an Adult Victim Sexual Assault Case”; intimate partner sexual abuse; and medical forensic sexual assault examinations. Each presentation was based on NJEP’s online curricula and included related NJEP materials. The presentations instigated lively discussions. On October 25 and 26, Jennifer presented on two topics related to sexual assault and the criminal justice system at the Colorado Organization for Victim Assistance Annual Conference. 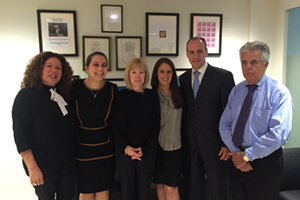 Legal Momentum’s Executive Vice President and Legal Director, Penny Venetis, presented a workshop on domestic violence in the workplace at the New York City Family Justice Center Conference in October. In attendance were human resources representatives from major corporations, including Target, Marshall’s, and The Gap.

In September, Penny conducted a training session for the New York City Family Justice Centers on “How to Address Sexual Assault in New York City Schools from Kindergarten to College.”

The 11th Biennial Conference of Just the Beginning—A Pipeline Organization (JTB-APO) took place in New York City in September at the Marriott Marquis. The conference theme, “Equal Justice under Law: Celebrating the Legacy of Judge Constance Baker Motley,” celebrated the 50th anniversary of the appointment of the first woman of color to the federal bench. In her honor, the first Constance Baker Motley Trailblazer Award was presented to keynote speaker, prominent lawyer, and civil rights activist Vernon Jordan.

Legal Momentum was doubly represented on a CLE Credit Panel at the conference on September 17: “Glass Ceilings and Sliding Glass: What Must Women and Minorities Do to Succeed in the Next Frontier of Equal Justice under the Law?” The panel was moderated by board member Michele Coleman Mayes, Vice President and General Counsel of the New York Public Library; and featured Carol Robles-Román, President and CEO of Legal Momentum, along with Kimberly Harris, Executive Vice-President and General Counsel, NBC Universal; Rhonda McLean, Deputy General Counsel, Time, Inc.; Michele Roberts, Executive Director, National Basketball Players Association; and Debra Wong Yang, a partner at Gibson, Dunn, and Crutcher.

LEGAL MOMENTUM IN THE NEWS 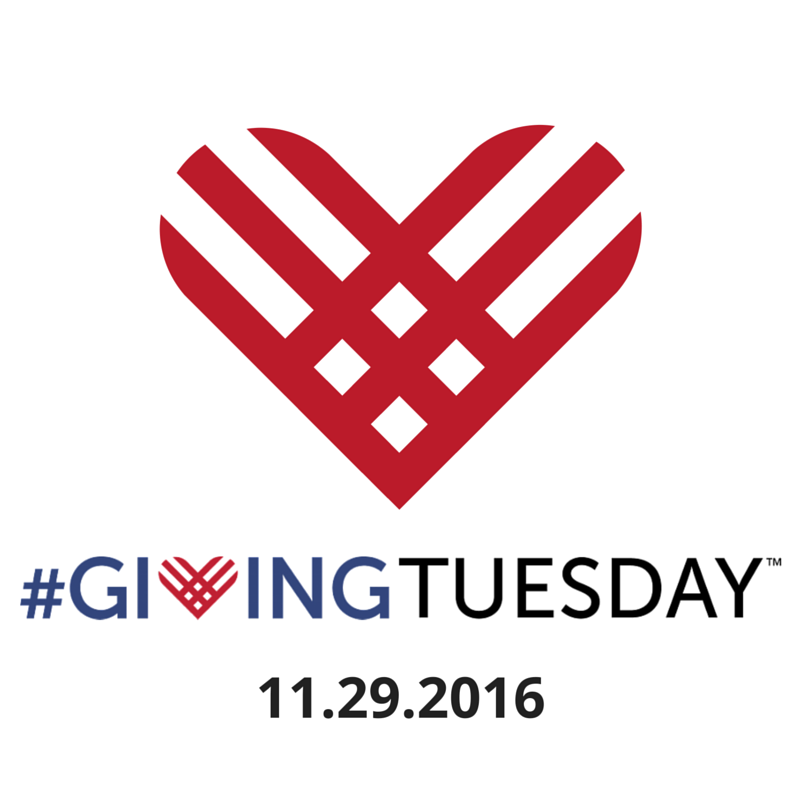