The Equal Rights Amendment Coalition (of which Legal Momentum is a member) and the Fund for Women’s Equality are hosting “A Night of Comedy with Jane Fonda” at Caroline’s comedy club in New York City to support women’s rights and bring attention to the urgent need to pass the ERA in the United States. The February 7 comedy show will be hosted by actress Jane Fonda and will feature top comedians including Saturday Night Live’s Sasheer Zamata. Writer, filmmaker, and activist Agunda Okeyo, who produced the event, and feminist legend Gloria Steinem will also be present. 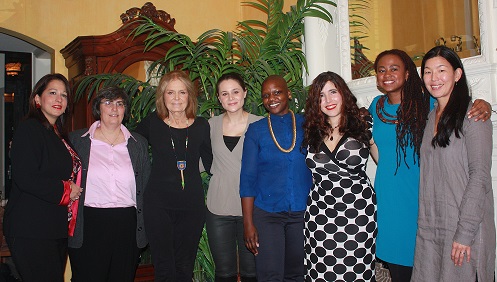 In conjunction with the event, Ms. Okeyo has created a series of videos featuring conversations among prominent women’s rights leaders including Ms. Steinem and Legal Momentum’s Carol Robles-Román. Carol says, “When we're talking about the ERA, we're talking about creating ‘a new era’ for women." The videos are being shared on the Bust Magazine website, on Feministing, and on social media with the hashtag #ERAnow. For more information or to purchase tickets for the comedy show, visit http://www.eracoalition.org/comedy.

On December 15, 2015, the U.S. Department of Justice (DOJ) announced its Guidance on Identifying and Preventing Gender Bias in Law Enforcement Response to Sexual Assault and Domestic Violence. Legal Momentum was very involved in advocacy for and development of the Guidance. Lynn Hecht Schafran, Senior Vice President of Legal Momentum and Director of the National Judicial Education Program, says, “The new Guidance is a much-needed mandate for law enforcement education that presents accurate information about sexual assault and domestic violence and how to provide a trauma-informed response to victims.”

In a July 6, 2015 letter that was co-signed by leading national and community advocacy organizations, Legal Momentum urged the DOJ to develop and issue the much-needed and long-awaited Guidance. The DOJ’s Office on Violence against Women, the Civil Rights Division, and the Office of Community Oriented Policing Services developed the groundbreaking guidance with input from numerous advocates. Lisalyn Jacobs, Vice President for Government Relations, spoke at the DOJ’s launch event for the new Guidance. 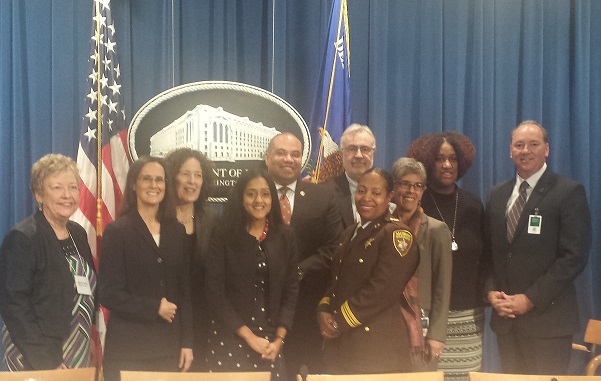 The Guidance spells out eight principles that police should follow to prevent discrimination against victims of domestic and sexual violence. It will help law enforcement respond to victims’ needs effectively through clear policies, comprehensive training, and effective supervision.

NJEP's Article "Medical Forensic Sexual Assault Exams: What Are They and What Can They Tell the Courts?" to Be Reprinted in Leading Journal

National Judicial Education Program Director Lynn Hecht Schafran’s article “Medical Forensic Sexual Assault Examinations: What Are They and What Can They Tell the Courts?” will be reprinted in Sexual Assault Report. Published by the Civic Research Institute, Sexual Assault Report is the leading journal for those protecting, assisting, counseling, and treating the victims of sexual assault as well as for enforcement officials, prosecutors, judges, and corrections professionals. The article explains how Medical Forensic Sexual Assault Exams (rape kits) can be used in court. Legal Momentum is currently working to address the significant backlog of unprocessed rape kits in municipalities around the country.

The article is based on NJEP’s groundbreaking judicial education curriculum of the same name. The curriculum is available free of charge on Legal Momentum’s website, and has been used in trainings for judges and other court professionals nationwide. For more information on NJEP’s training materials, go to www.legalmomentum.org/materials/curricula.

Legal Momentum will host the 2016 Women of Achievement Awards Dinner at the InterContinental Hotel in San Francisco on Wednesday, March 16. The awards honor outstanding women leaders who have achieved distinction in business, law, and public service. This year’s honorees are:

The event supports Legal Momentum’s mission to ensure economic security and freedom from violence for all women and girls. For sponsorship information or to purchase tickets, visit www.legalmomentum.org/woa, call 212-925-6635 ext. 169, or email friends@legalmomentum.org.

Legal Momentum, in its capacity as chair of the Criminal Justice Subcommittee of the National Task Force to End Sexual and Domestic Violence, has been engaging with the House and Senate Judiciary Committees regarding the criminal justice reform-related needs of survivors of sexual and domestic violence. The Task Force recently wrote to the Chair and Ranking Member of the Judiciary Committee to commend the committee's efforts to reform the criminal justice system, and requested the removal of several enhanced penalties from the bill. The letter made the point that "Mandatory minimum sentences are particularly harmful to defendants who are victims of domestic and sexual violence, whose criminal activity is frequently the result of coercion."

As many as 75 percent of incarcerated women are survivors of domestic and sexual violence. Some women are incarcerated because their self-defense claims were unsuccessful, and others were coerced by abusive partners into committing crimes. Much, if not all, of the recent focus on criminal justice reform has been centered on male prisoners. To address this inequity, Legal Momentum is engaged in work to assist survivors who are in prison by advocating for trauma-informed care of those incarcerated, as well as access to re-entry services for those recently—or soon to be—released.

Legal Momentum recently led the charge of advocacy groups urging increased funding for the federal Department of Education’s Office of Civil Rights (OCR). OCR is responsible for overseeing and enforcing compliance with Title IX by educational institutions, including investigations of campus sexual assault. The number of such investigations has almost tripled—to nearly 200—since 2014, straining OCR’s limited staff.

LM organized meetings with House and Senate staff and leading women's rights and campus violence advocacy organizations, and helped coordinate a joint sign-on letter from the women's, sexual and domestic violence, and disability rights groups to support additional funding. As a result, the latest congressional spending agreement, passed in December, included a $7 million increase in OCR's budget. The funding will enable OCR to hire additional staff to handle the increasing backlog in Title IX investigations.

Blue Shield of California, with 6,800 employees, is the most recent organization to adopt Legal Momentum’s “This Workplace Is a DV-Free Zone” Model Policy. In 2016, Blue Shield will train its managers on recognizing signs of domestic violence.

“Blue Shield of California’s new policy sets a gold standard for all employers,” says Carol Robles-Román, President and CEO of Legal Momentum. “We are proud to have worked with Blue Shield of California to develop this workplace domestic violence policy and best practices that educate and help protect all Blue Shield employees.” Legal Momentum continues to work with other employers and advocacy organizations around the country to encourage adoption of the “This Workplace Is a DV-Free Zone” Model Policy and education of employees about workplace rights with respect to partner violence and the impact of domestic violence on the workplace. 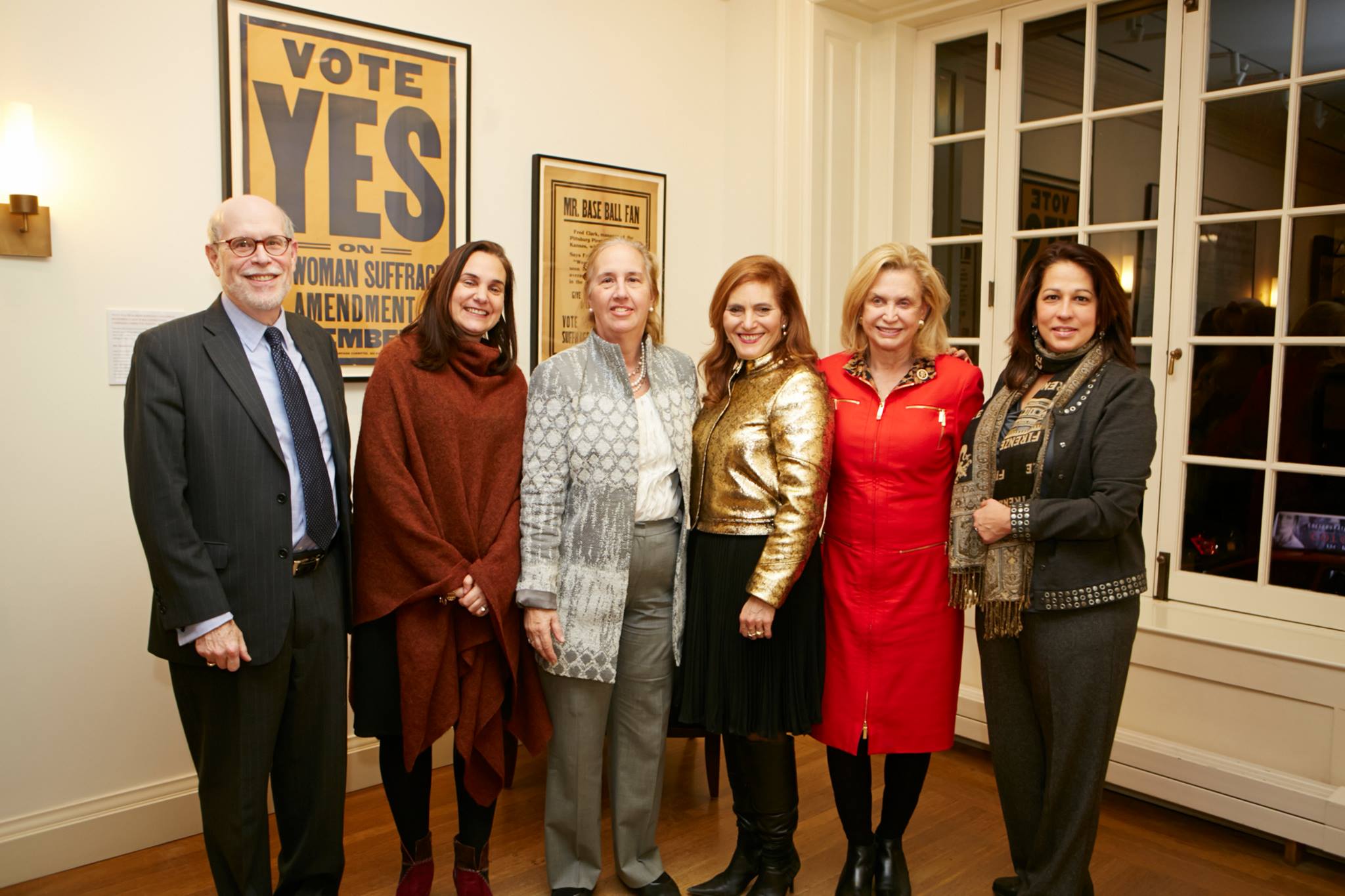 LM’s President and CEO, Carol Robles-Román, and EVP and Legal Director, Penny Venetis, participated in the opening event for the exhibition Women Take the Lead: From Elizabeth Cady Stanton to Eleanor Roosevelt, Suffrage to Human Rights hosted by Hunter College President Jennifer Raab at the Roosevelt House Public Policy Institute at Hunter College in New York City. Congresswoman Carolyn Maloney gave the keynote and inspired the audience to continue to advocate for the passage of the Equal Rights Amendment. The exhibition features memorabilia that was used in the early 20th century to promote voting rights for women, including rare posters, pamphlets, books, and manuscripts—many of them more than 100 years old. The exhibition will run from January 14 through April 2. Roosevelt House, the home of Eleanor and Franklin D. Roosevelt from 1905 to 1941, will also hold several events in conjunction with Women’s History Month in March. Legal Momentum is proud to pick up the historic mantle of the suffrage movement to and continue spreading the word on the passage of the Equal Rights Amendment (first proposed in 1920) and the Women’s History Museum in Washington, D.C. For more information, visit the Roosevelt House website. 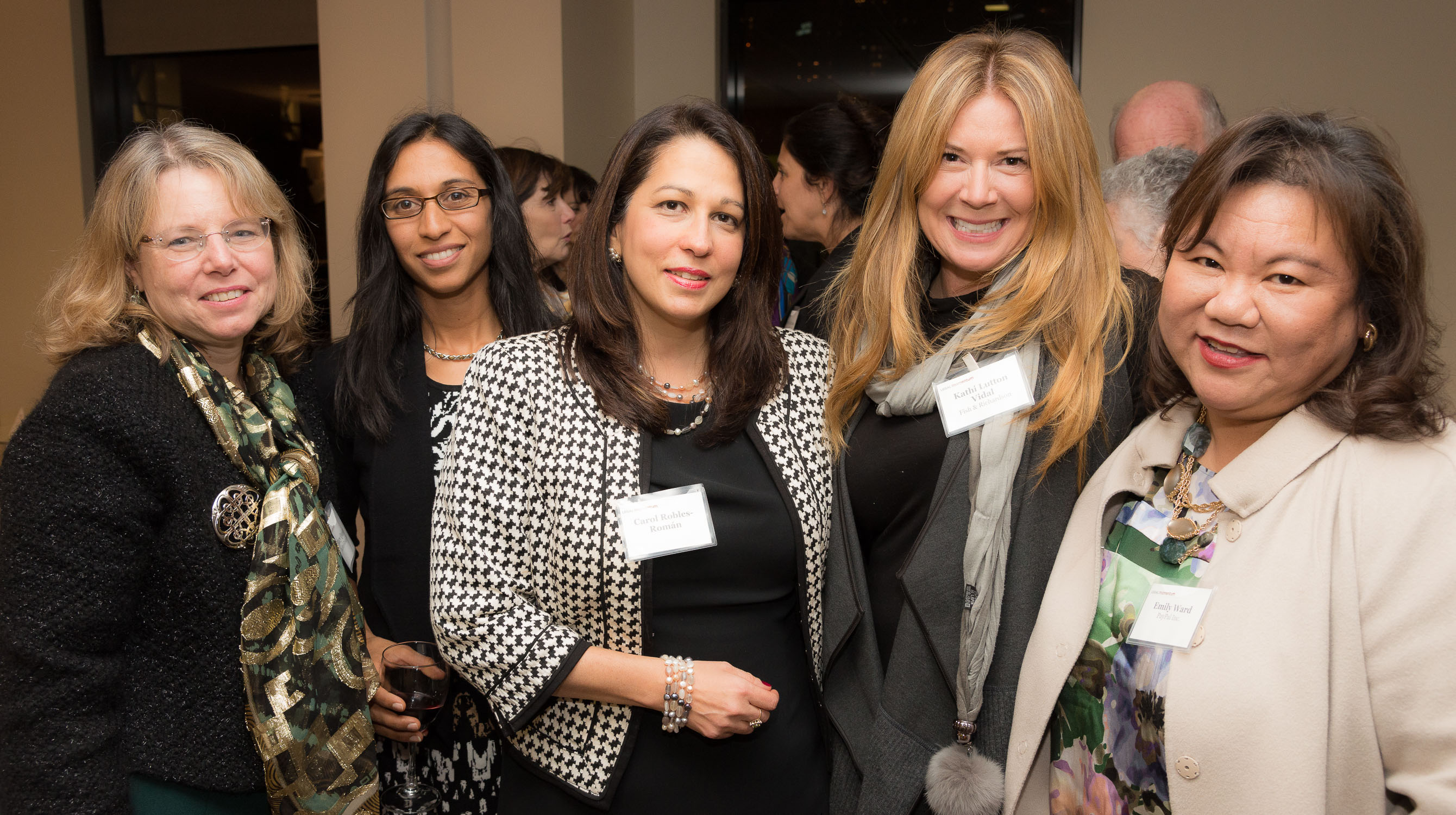 On December 3, 2015, Legal Momentum hosted a reading and book signing by Linda Hirshman, author of Sisters in Law, the acclaimed dual biography of Sandra Day O’Connor and Ruth Bader Ginsburg, the first two women justices on the Supreme Court. The book details how Legal Momentum (then known as the NOW Legal Defense and Education Fund) worked closely with Justice Ginsburg to determine strategies and set priorities for critical litigation on women’s rights in the early 1970s. Justice Ginsburg was a member of the NOW LDEF board before she was a judge.

The event was held at Latham and Watkins, LLP, where LM Board Member Karen Silverman is Managing Partner.

Sisters in Law is on The New York Times and Washington Post bestseller lists. 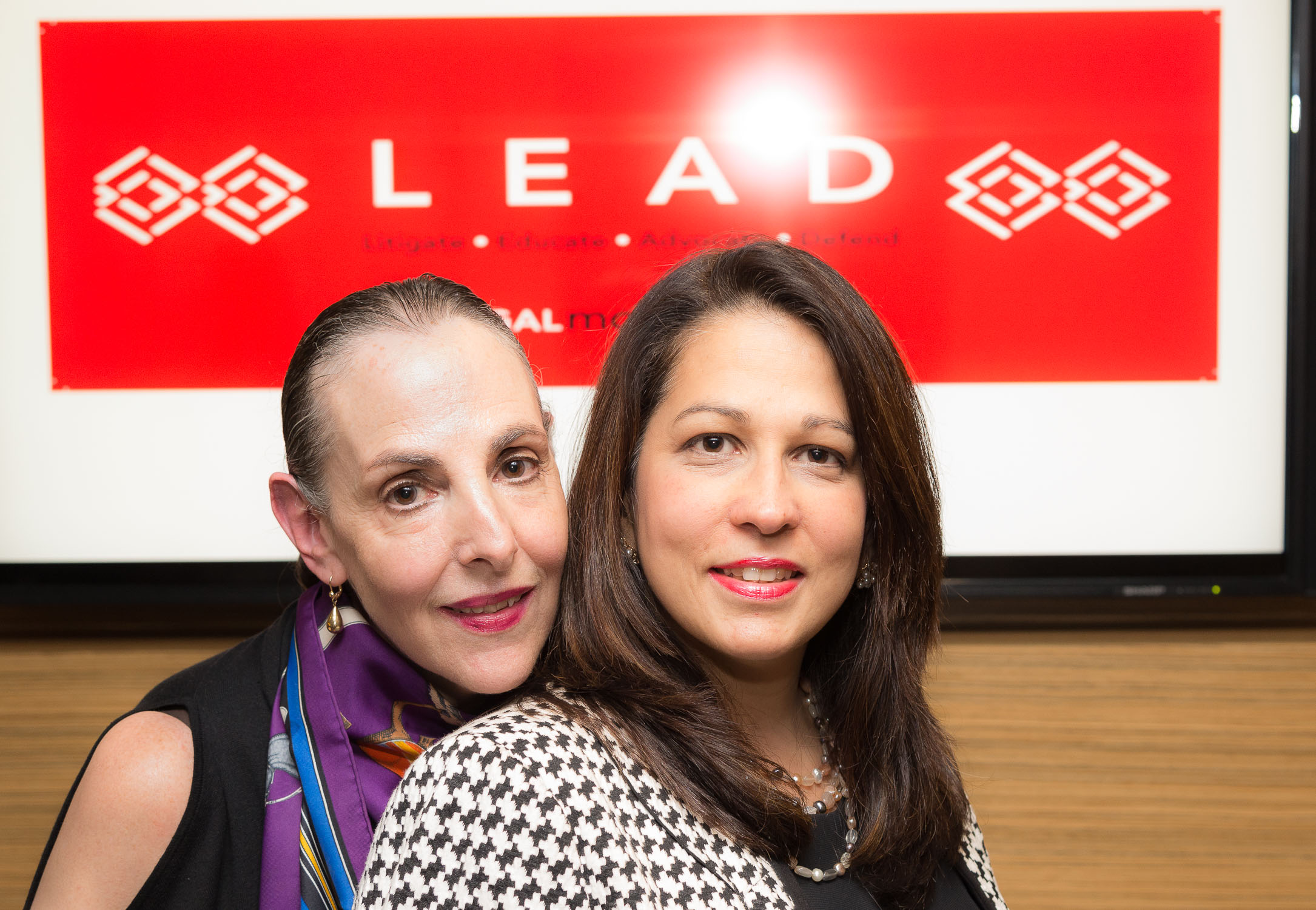 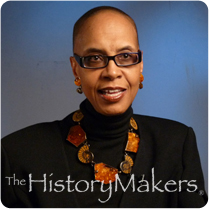 Legal Momentum Honorary Board Member and former Board Chair Michele Coleman Mayes is being honored with the Center for Women in Law’s Hortense Ward Courageous Leader Award, to be presented at CWIL’s biennial award luncheon on April 15, 2016. The Center for Women in Law stated “Michele Coleman Mayes exemplifies Ward’s tenacity, courage, and commitment through her efforts to achieve gender parity in positions of leadership, influence, and responsibility in the legal profession.” Ms. Mayes is Vice President, General Counsel, and Secretary for the New York Public Library (NYPL). She held senior positions at Allstate, Pitney-Bowes, Colgate-Palmolive, and Unisys before joining the NYPL. She was a member of Legal Momentum’s Board from 1996 through 2013 and chaired it from 2001–2006. She is now an Honorary Board Member.

Milwaukee County Circuit Court Judge Mel Flanagan will be traveling to Bosnia for several months to teach in the law school in Sarajevo as a Fulbright scholar. Judge Flanagan has worked with Legal Momentum’s National Judicial Education Program for many years, and NJEP Director Lynn Hecht Schafran helped arrange for her to go to Bosnia to train judges there on laws related to domestic violence, sexual assault, and gender bias in the courts. She will be bringing with her Ms. Schafran’s Judges’ Journal articles “Medical Forensic Sexual Assault Examinations: What Are They and What Can They Tell the Courts?” and “Neuroscience, Developing Brains, and the Lifespan.” Judge Flanagan will also work with two nongovernmental organizations and Bosnia's national courts office and help UNICEF train police and prosecutors about how to deal with children who are victims and witnesses of violence.

You are cordially invited to become a member of the Legal Momentum Equal Rights Legacy Society (ERLS) and join other supporters and friends who have made one or more of these special commitments:

By joining ERLS, you help to provide a legacy of support for the protection of the rights of women and girls throughout the United States.

For more information please contact Anne Taibleson at ataibleson@legalmomentum.org or 212-413-7516. Thank you for considering Legal Momentum as you plan for the future.

AmazonSmile offers the same products, prices, and service as the regular Amazon.com, but when you shop on AmazonSmile, Amazon donates 0.5% of the price of your eligible purchases to the charitable organization of your choice. You can generate donations for Legal Momentum when you shop on AmazonSmile by using this link: http://smile.amazon.com/ch/23-7085442, or by going to smile.amazon.com and typing “Legal Momentum” in the search box.