More than 500 loyal supporters of Legal Momentum’s mission to ensure that women and girls succeed—and are treated equally under the law—packed Cipriani 42nd Street at the 17th Annual Aiming High Awards Luncheon on June 15 in New York City. They gathered together to celebrate and honor three impressive Gender Justice Warriors and glass ceiling breakers. 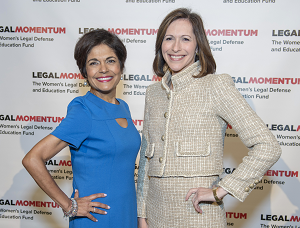 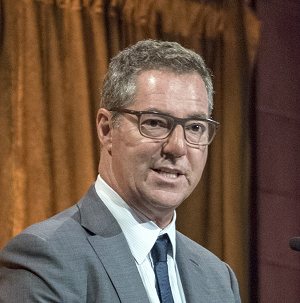 Thanks to the generosity of our supporters, the event raised more than $1 million to further Legal Momentum’s crucial work—the most raised at the event since 2009. All proceeds from the awards luncheon will help to ensure that Legal Momentum’s award-winning programs to combat domestic violence, sexual assault, human trafficking, and gender bias, and promote economic security will continue to improve the lives of women and girls across the country. Aiming High 2017 was featured in NACD Directorship Magazine’s July/August issue.

Action→If you were not able to attend the event, but would like to make a contribution, go to www.legalmomentum.org/contribute and put “AimHigh2017” in the comment field on the donation form. 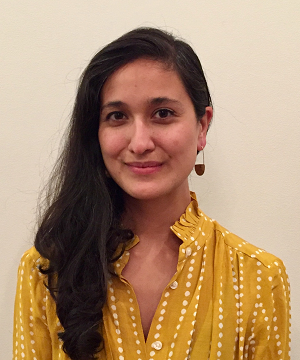 Legal Momentum welcomed new Gender Justice Fellow Seher Khawaja on June 1. Her work at Legal Momentum will focus on developing strategies to address employment discrimination and to advance gender equality in the workplace. Key projects will include developing trainings to educate low-income women about their rights in the workplace. Before joining Legal Momentum, Seher served as an attorney for the New York City Housing Authority, where she ensured legal compliance, in particular, implementing the Violence Against Women Act. Previously, Seher had broad experience in human rights issues around the world, including combating gender-based violence, working with organizations in Burma, Haiti, Iraq, Israel, and South Africa, as well as the United States.

Seher is an active member of the New York City Bar Association’s Human Rights and United Nations Committees, and has written and edited articles on international human rights. She received her J.D. from Brooklyn Law School, her M.Sc. in International Studies from the London School of Economics and Political Science, and her B.A. from the Johns Hopkins University.

Legal Momentum’s “Rights Now!” initiative to educate young women and girls of color about their rights launched in June 2017, with 5 peer educators presenting workshops at organizations throughout the city. The Rights Now! program was developed under the New York City Council’s Young Women’s Initiative (YWI), the first-ever citywide initiative to empower young women and girls of color. Legal Momentum has been deeply involved in the YWI since its inception in the fall of 2015. 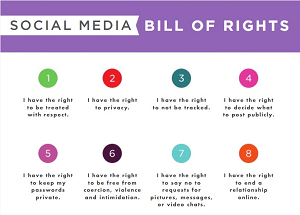 To develop the Rights Now! program, Legal Momentum partnered with the City University of New York and the Brooklyn College Women’s Center to select and train young women to serve as peer educators, role models, and community leaders. Legal Momentum’s subject matter experts worked with the peer educators to develop a training curriculum, educational materials, and workshop presentations aimed at the YWI’s target demographic of at-risk and disadvantaged young women and girls. The curriculum equips girls and young women with the skills and resources they need to help them escape abusive dating relationships, stalking, or domestic violence situations, as well as to be aware of their legal rights and how to report violence at school.

Action→Legal Momentum seeks to expand the Rights Now! initiative to other municipalities.To request further information or a training presentation, use the convenient form on our website at https://www.legalmomentum.org/request-rights-now-training

On August 11, the American Bar Association Commission on Domestic and Sexual Violence will honor Carol Robles-Román with the 2017 Sharon L. Corbitt Award at the commission’s annual awards breakfast at Weil, Gotshal and Manges LLP. The annual award recognizes an individual lawyer for exemplary service to victims of domestic violence, sexual assault, and stalking. Carol is being honored for her body of work to increase access to justice and provision of outstanding legal services for victims, for serving as a leader and a champion for victims, and for achieving legislation and litigation outcomes that contribute to increased safety and justice for victims. As well as leading Legal Momentum for the past three years, Carol led initiatives to combat domestic and sexual violence, such as helping to establish Family Justice Centers in all five boroughs, when she was New York City Deputy Mayor and Legal Counsel to Mayor Bloomberg.

Lynn Hecht Schafran, Legal Momentum SVP and Director of the National Judicial Education Program, was also honored by the ABA with the Sharon L. Corbitt Award in 2014.

Legal Momentum is an active member of the ERA Coalition because the legal wins around gender equality in past decades have not guaranteed women equal rights under the law. On June 30, 1982 the Equal Rights Amendment fell three states short of ratification. 35 years later we have a new generation—with new tools and energy—working to get it done!

Action→To join in the current ERA campaign, visit https://www.passtheera.co/gallery/ for downloadable images you can share on social media, with the hashtags #EqualMeansEqual or #ERANow.

New Developments in the Fight against Online Sexual Exploitation

On July 11, the Washington Post broke the news of recently discovered data revealing that Backpage.com has actively sought “adult” advertising business—far from just being a passive publishing platform, as it has claimed for years. Although the information was obtained as part of a lawsuit unrelated to sex trafficking, it supports Legal Momentum’s contention that Backpage should not be shielded from lawsuits by Section 230 of the Communications Decency Act (CDA) as courts have previously decided. Senators  Portman, McCaskill, Blumenthal, McCain, Heitkamp, and others have been working on a bill to amend Section 230 that is expected to be introduced this month.

The Washington Post also reported on a new lawsuit against Backpage filed in May by the mother of a teen girl who was murdered after being advertised for sex on Backpage. That article features excerpts from “I Am Jane Doe,” the powerful documentary about girls who were trafficked on the site. Legal Momentum is featured in the film. NBC Nightly News and The Guardian in the U.K. also recently covered the new developments and the film.

On July 18, the New Jersey Coalition against Human Trafficking commenced a series of screenings of the impactful film “I Am Jane Doe” to raise awareness of the issue of online facilitation of abuse of women and children. Legal Momentum’s EVP and Legal Director, who appears in the film along with Legal Momentum President and CEO Carol Robles-Román and renowned legal counsel David Boies, spoke in a panel discussion of the issues raised by the film. The screening took place at the Adath Shalom Synagogue in Morris Plains. The other panelists were Senator Tom Kean Jr., Republican Leader of the NJ Senate, who has sponsored anti-human trafficking legislation for over a decade; Detective Marshall Wang of the Morris County Prosecutor’s Office; and Dwanee Finlay, Intensive Care Manager at Dreamcatchers, which provides human trafficking services across the state.

Action→“I Am Jane Doe” is now available on major streaming services including iTunes and Netflix. More information on actions you can take is available at http://www.iamjanedoefilm.com/join-us/.

Staff Attorney Jennifer Becker hosted a panel called “Violence against Women in the Digital Age: The Time is NOW to Stop This Trend” at the annual National Organization for Women (NOW) conference June 30–July 2 in Orlando, Florida. The 2017 conference theme was “Forward Feminism.” The panel was moderated by Pat Reuss, a veteran equal rights activist and former Legal Momentum policy advocate. Jennifer and Teresa Drake, a professor of law and the co-founder and Director of the Intimate Partner Violence Assistance Clinic at the University of Florida’s College of Law, discussed the new ways gender-based violence is perpetrated with advancements in technology and social media, specifically sextortion, cyber-stalking, and sex trafficking. They discussed the need for the law to catch up to these online crime trends and provided advocacy points for participants to use in their ongoing efforts at legal reform. Gaps in current laws often make it difficult to protect victims and to hold cyber-crime offenders accountable. New anti-sextortion legislation has recently passed in a handful of states and is pending in California, thanks in part to Legal Momentum’s advocacy.

Action→Download Legal Momentum’s Report and Tip Sheet on preventing and reporting sextortion. Contact your state and federal legislators about the need for laws to catch up with technology trends.

In Portland, Oregon, Staff Attorney Jennifer Becker gave a presentation on “Effective Co-Advocacy to Help Sexual Assault Victims with Disabilities Navigate the Criminal Justice System” at the National Crime Victim Law Institute’s annual National Crime Victim Law Conference in May. The conference gathered more than 300 professionals who work in the crime victims’ rights field. Jennifer’s presentation provided advocacy tools and supporting legal bases for these advocates and attorneys so they can speak up to get accommodations and accessibility services for sexual assault victims who have disabilities and can empower them to understand and navigate the criminal justice system more easily.

The American Law Institute’s Project on Sexual and Gender-Based Misconduct on Campus: Procedural Frameworks and Analysis Consultative Group, which works to develop recommendations for best practices in dealing with sexual assault on campus, met in Philadelphia in late June. Lynn Hecht Schafran, Legal Momentum SVP and Director of the National Judicial Education Project (NJEP provided research, resources and commentary on materials that the group is developing to address campus sexual assault. How schools and law enforcement respond to sexual assault on campus is currently a highly contentious legal and political issue. The Consultative Group is considering issues such as reporting procedures; confidentiality; relationships with police and local criminal justice; interim measures and support for complainants; investigation and adjudication; the role of lawyers; the creation and maintenance of records; sanctions or remedies; and appeals. The project also examines informal resolutions and the nature of hearings. The American Law Institute is the leading independent organization in the United States producing scholarly work to clarify, modernize, and otherwise improve the law.

6/14      Pacifica Radio WPFW: In Our Voices with Nkenge Toure—Interview with Penny Venetis on Trafficking