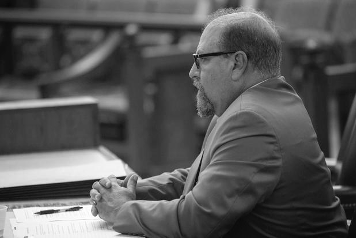 On May 26, 2020, the New Jersey Supreme Court removed Judge John P. Russo from the bench “effective immediately” in response to his egregious questioning of a rape victim. In 2016 the woman sought a final restraining order against the father of their child, telling the court that he threatened her life and sexually assaulted her. Judge Russo took over the cross-examination and demanded: “Do you know how to stop somebody from having intercourse with you? ...Block your body parts? …Close your legs?”  He then denied the requested order.

We are proud that the decades of work by our National Judicial Education Program (NJEP) have raised enough awareness about the realities of sexual violence to make Russo’s removal possible.

Our efforts in New Jersey date back to 1982, when the state’s then-Chief Justice, the late Robert Wilentz, responded to our work by appointing the country’s first state supreme court task force on gender bias in the courts, with NJEP Director Lynn Hecht Schafran as a member. The report of that task force made page one of The New York Times and sparked a national movement.

Fighting judicial ignorance about sexual and domestic violence has been an uphill battle. Other New Jersey judges also recently incited national outrage, demonstrating that educating the judiciary continues to be essential to the struggle for gender equality:

New Jersey Chief Justice Stuart Rabner closed all N.J. courts on October 28, 2019 and required the state’s 505 judges from all levels of court to attend a Gender Violence and Bias Summit at which Schafran and NJEP Senior Attorney Jennifer Becker presented.

Becker presented NJEP’s curriculum Raped or Seduced? How Language Shapes Our Response to Sexual Violence. Lynn presented on Stress, Trauma and the Brain: Implications for the Courts. She explained how the brain’s involuntary response to threat often results in sexual assault victims’ counterintuitive behaviors, such as not screaming or running and showing no emotion on the witness stand, how trauma often delays reporting and almost always results in profound psychological harm, and how exposure to domestic violence so stresses children that it actually changes their brains. Schafran and Becker later gave both presentations for the Gender Violence and Bias Summit for New Jersey’s 300+ municipal judges.

Russo’s removal sets an important nationwide example as a serious response to gender bias in the courts. As Chief Justice Rabner wrote in the removal opinion, “no witness, alleged victim or litigant should be treated that way in a court of law.”

We are proud that our National Judicial Education Program (NJEP) has led the long fight that made Russo’s removal possible.

Be part of the solution.  Please share.      SYMS | Legal Momentum Helpline remains available at NO COST to provide legal information and referrals on issues related to sex discrimination in the workplace, home, school and the courts.

Be part of the solution.  Please share.      In this time of challenge, our legal team immediately developed the NO COST Legal Rights and Economic Resources for Workers Impacted by COVID-19  including Spanish and Chinese translations.

Today, and every day, we stand for equality.  Thank you for your ongoing support - you make our work possible - please visit our new website and learn of our 50 years of trailblazing work for gender equality.