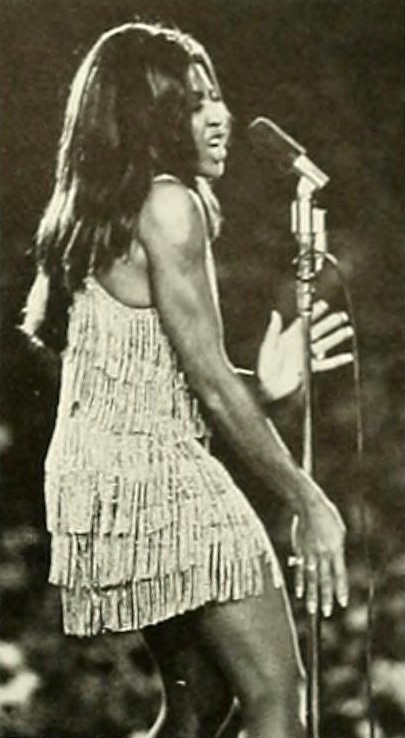 In the new Tina Turner documentary (TINA, HBO) Tina describes the vicious intimate partner sexual abuse to which her first husband subjected her until she escaped. “He beat me with a shoe stretcher and after that he made me go to bed. And after that he made me have sex with him. …and that was the beginning of   the torture.” He beat her repeatedly with a coat hanger, “and then he would screw me.” Tina explains that she hoped to make this disclosure would end people questioning her about it because the constant revisiting of a time when “I was living a life of death” was extremely painful.

In the film, Oprah Winfrey observes that when Tina disclosed this in 1981 “nobody talked about sexual abuse, physical abuse, domestic abuse, abuse period.     Ours was the generation that started to break the silence.”

Just one year before, in 1980, Legal Momentum had established its National Judicial Education Program to Promote Equality for Women and Men in the Courts (NJEP) to "break the silence" about gender bias in judicial decision making. NJEP’s judicial education programs became the catalyst for state supreme courts nationwide to appoint task forces to investigate gender bias in their own court systems and recommend reforms.  NJEP has worked with almost all of them, including the New York Task Force on Women in the Courts which was reported in 1986. In 2020 its successor, the New York State Judicial Committee on Women in the Courts issued a follow-up report in which it wrote with respect to intimate partner sexual abuse  “although there has been some improvement, it appears that some societal attitudes persist [in] considering rape occurring within marriage or when the parties know each other as less pernicious than rape involving strangers—and to some degree impact upon the prosecution of these cases,” and recommended “comprehensive and ongoing” judicial education to address these issues.

In 2009 NJEP began publishing and updating an extensive web course titled Intimate Partner Sexual Abuse:  Adjudicating This Hidden Dimension of Domestic Violence Cases  -- “hidden” because at that time there was scant attention to this critical issue. Today there is greater awareness, but still, a long way to go.

According to the Centers for Disease Control and Prevention (CDC), “About 1 in 5 women and 1 in 12 men have [been subjected to] contact sexual violence by an intimate partner.” This statistic severely understates the nature and extent of Intimate Partner Sexual Abuse which encompasses far more than “contact sexual violence.” The cases cited in NJEP’s Intimate Partner Sexual Abuse web course document a staggering range of unwanted, coerced and forced sexual activity, ranging from sexually degrading language to, in Tina Turner’s words, sexual torture. As NJEP’s Director, Lynn Hecht Schafran, explains in “Risk Assessment and Intimate Partner Sexual Abuse,” physically forced sex is a red flag for potential lethality. According to Professor Jacquelyn Campbell, the leading authority on domestic violence fatalities, batterers who physically force sex are almost twice as likely to kill their partners as batterers who use physical violence only. And batterers who kill their partners are also likely to kill their and their partners’ children.

The most pernicious myth about intimate partner sexual abuse is that because the couple is accustomed to having consensual sex, forced sex is not as traumatic as stranger rape. The reality is that rape by the person the victim should most be able to trust is profoundly damaging precisely because of the betrayal of trust. A woman whose husband subjected her to coercive control, physical violence, threats to have her killed and intimate partner sexual abuse said:

“He was sexually abusive and I think of all of it that was probably the most painful, and still probably the hardest to get past. [Y]ou knows when you’re in a relationship with somebody that you love and they use sex forcefully, it’s devastating.”