The State of Women's Equality

This month, we want to shed light on two startling statistics about women in the United States. A Thompson Reuters Foundation survey ranked the United States the 10th most dangerous country in the world for women – the only Western democracy in the top 10. Also, the United States is ranked 20th on the Council on Foreign Relations’ Women’s Workplace Equality Index – far below peer countries Canada, ranked 2nd, and the United Kingdom, ranked 7th. These jarring statistics prove that our work fighting for the physical safety and economic security of women and girls is more important than ever.

Aim High With Us This Coming Tuesday

What’s one way to support Legal Momentum’s crucial work in times such as these? Join us this Tuesday, June 11 at Legal Momentum’s 19th Annual Aiming High Awards Luncheon. We will celebrate the achievements of our three accomplished honorees – Lucy Fato, Jennifer Marre, and Pilar Ramos – and commemorate the remarkable Robert “Bob” M. Kaufman for his decades of service to Legal Momentum and the women of our nation. Buy a ticket or a table today to stand strong in the support of women and girls; if you cannot attend, donate in honor of a woman in your life who has inspired you to aim high.

On May 21, 2019, the Women General Counsel Network (WGCN) celebrated its 10th anniversary in San Francisco, CA. LM President & CEO Carol Baldwin Moody was a keynote speaker, aand proceeds from sponsorships for the WGCN 10 Year Anniversary Celebration were donated to support LM’s work. We will use these funds to combat workplace and economic inequalities that women face across the United States.

The Women General Counsel Network (WGCN) was established by Jan Kang in 2009 with the goal of bringing together women general counsel to provide support and education relating to their professional roles, and to gather in casual social settings to allow for a more intimate exchange of ideas. The WGCN began with 5 women general counsel in the San Francisco Bay Area and now includes more than 800 members across the country and even a few international members.

The May 21, 2019 celebration recognized the significant accomplishments of the WGCN as well as the substantial accomplishments of all women in-house counsel in the Bay Area. The WGCN has been a crucial resource for women who have made it to the highest legal positions in their companies, but they recognize that women continue to be underrepresented and underpaid in the leadership ranks of organizations. To combat this issue, the WGCN generously donated the event’s sponsorship proceeds to Legal Momentum, for work to secure equality and opportunity for women and girls. 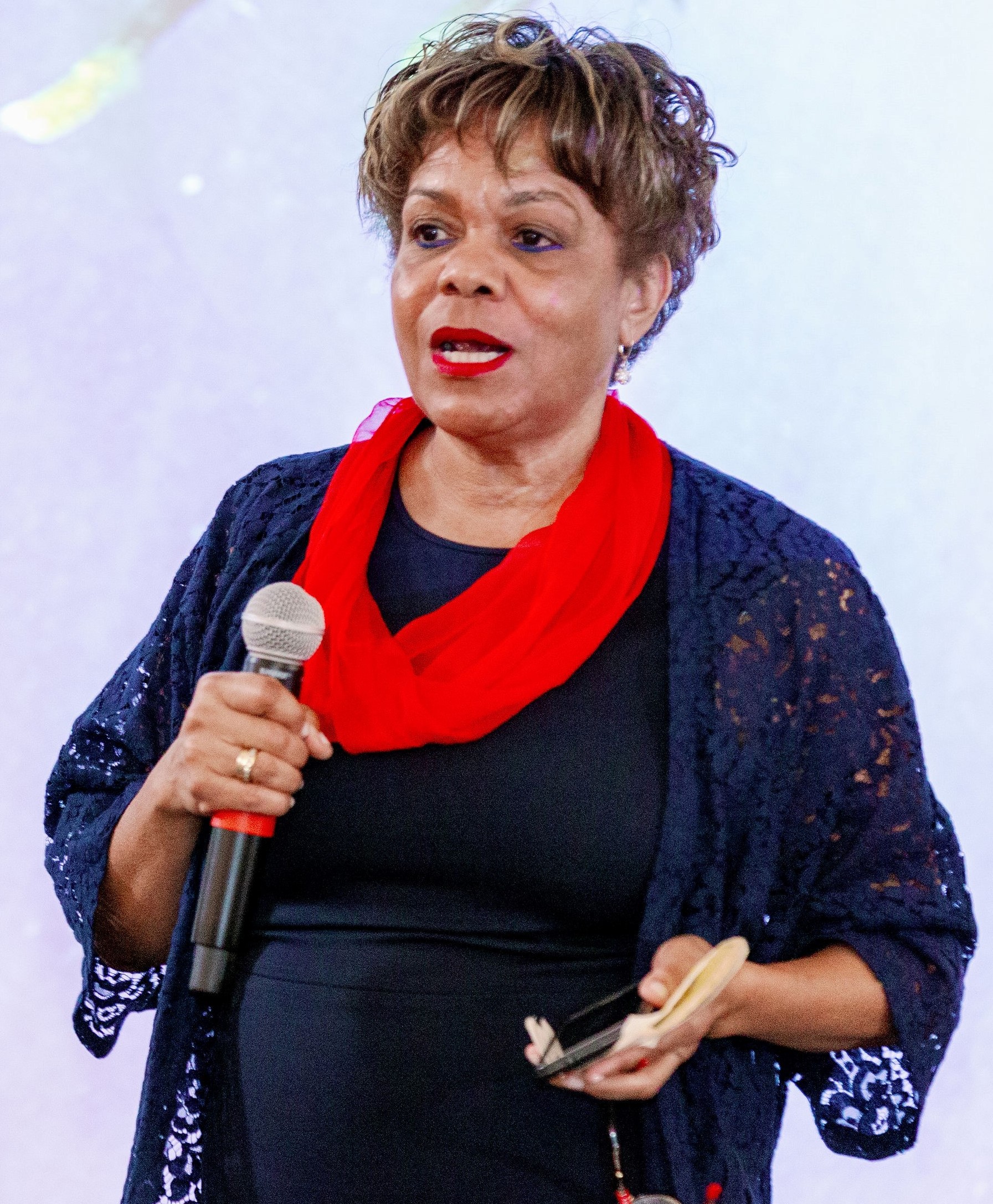 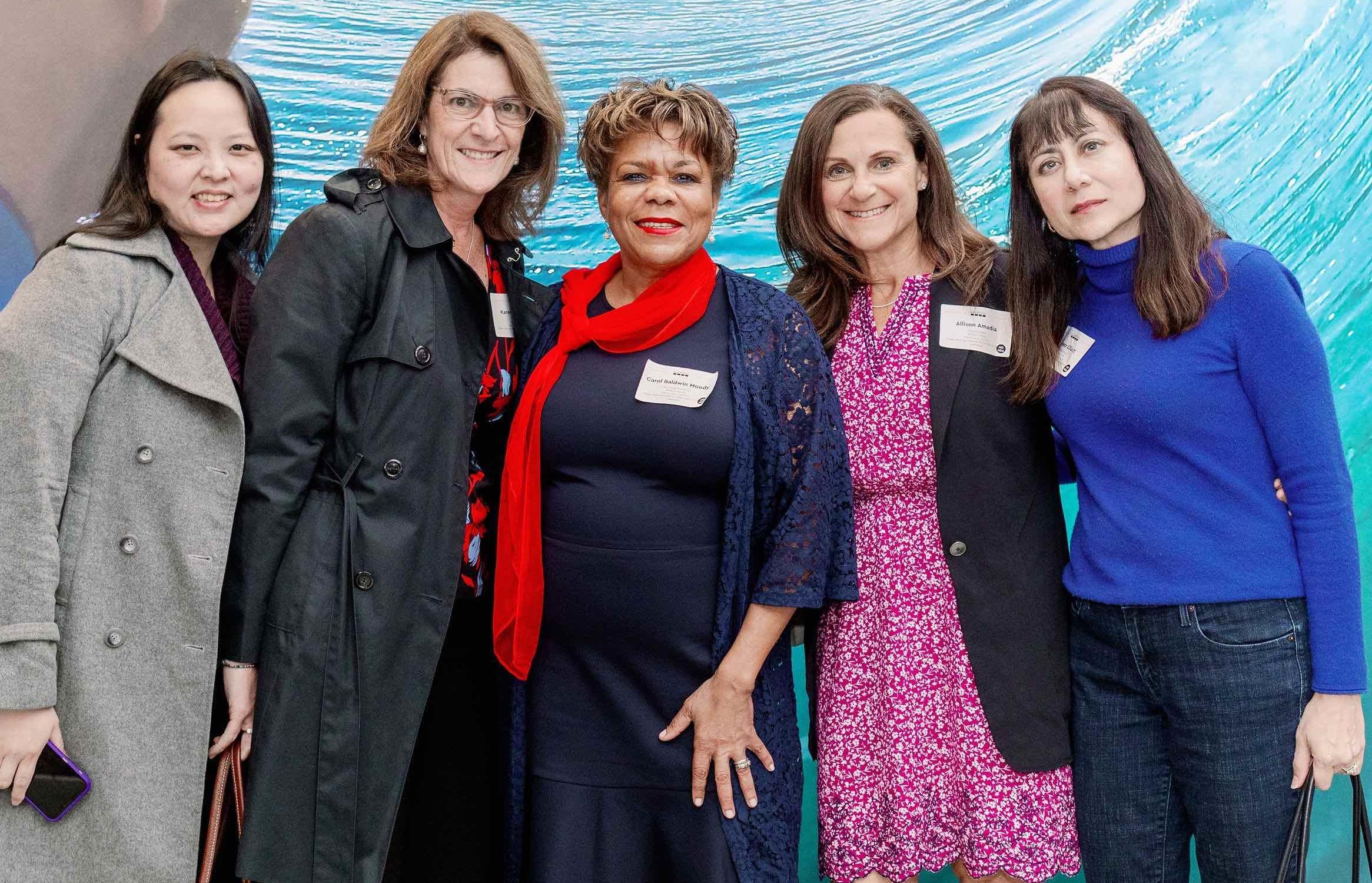 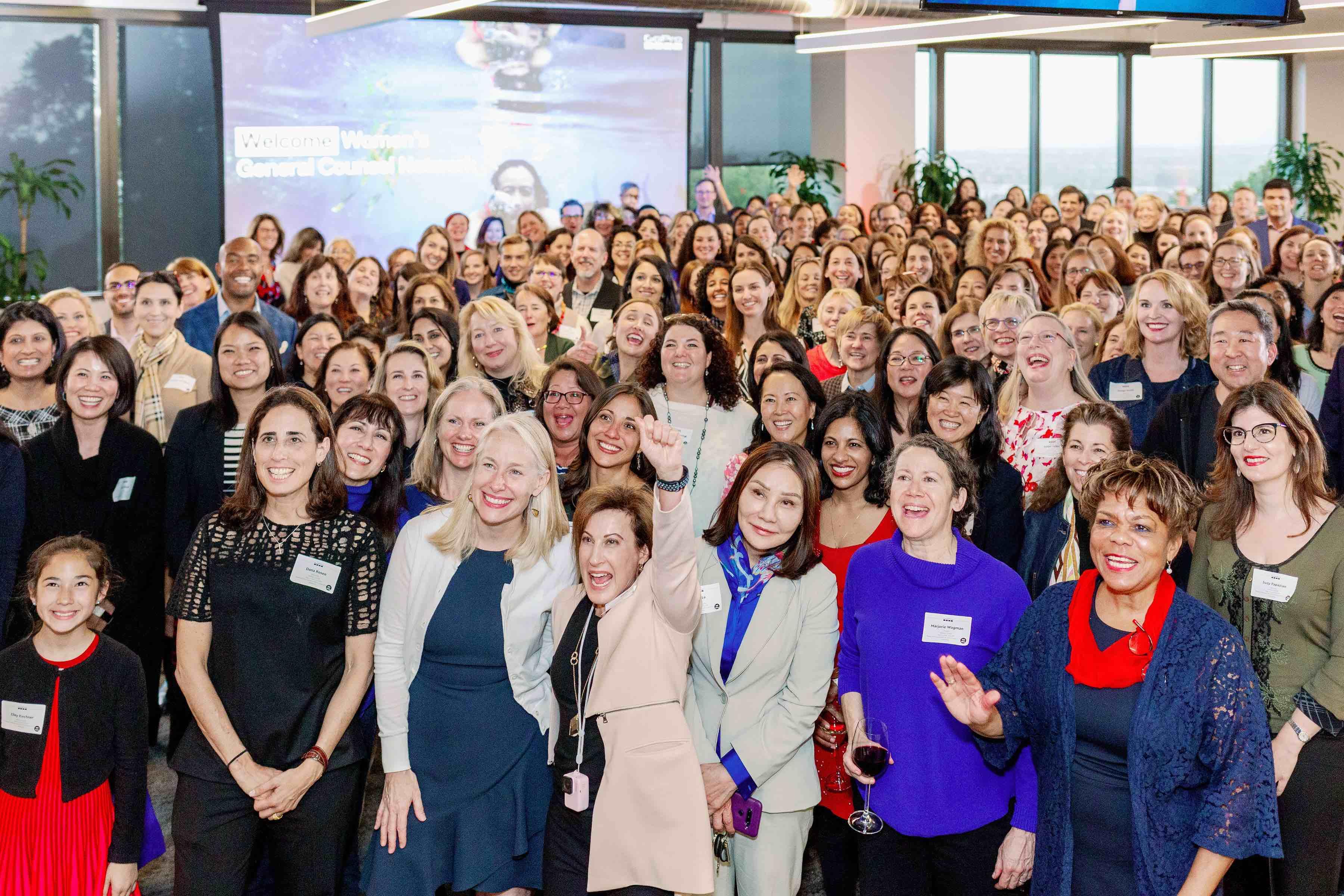 LM on PBS's To The Contrary

Recognizing what Thompson Reuters reported about dangers present for United States women, LM’s Chief Strategic Officer, Siobhan “Sam Bennett,” represented LM on PBS’s To the Contrary, a show for which Sam has served as a regular panelist for the past ten years. On May 17, 2019, Sam commented on recent legislative challenges to women’s personal safety and spoke to her own experiences as a survivor of sexual violence and trafficking. Watch Legal Momentum’s appearance here. 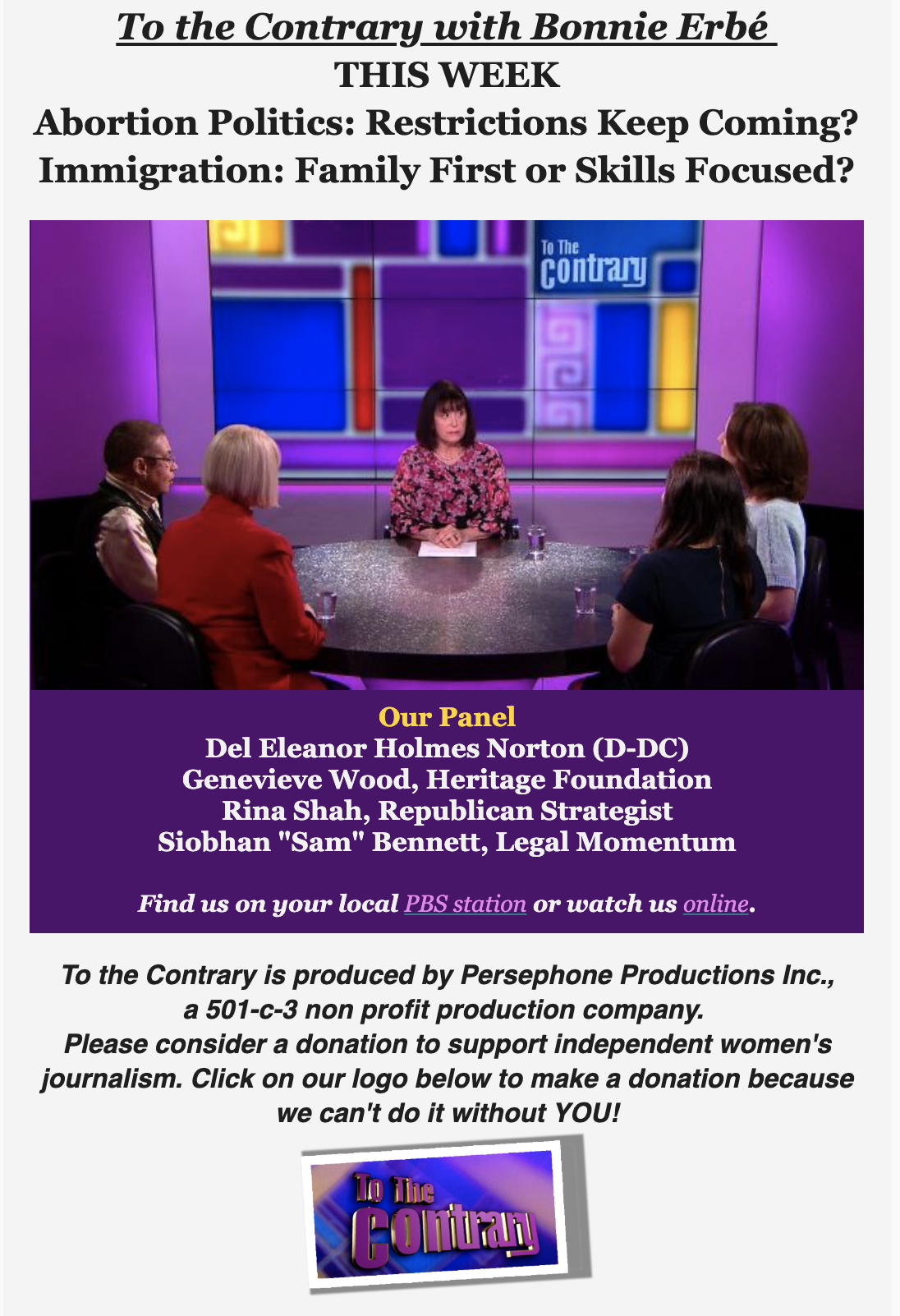 Only Your Investment Makes This Work Possible!