Legal Momentum was deeply saddened by the passing on March 16 of Lisa Quiroz, president of the Time Warner Foundation and senior vice president and chief diversity officer of Time Warner. Ms. Quiroz was a 2017 Aiming High awardee—honored by Legal Momentum last year because of her deep and longstanding personal and professional commitment to nurturing diverse talent and creating quality content for multicultural audiences. 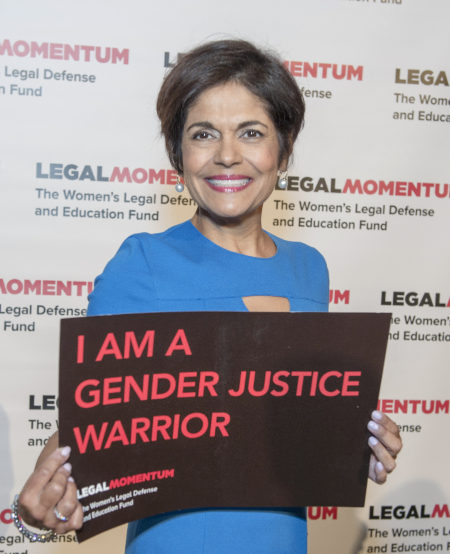 Legal Momentum’s President and CEO, Carol Robles-Román, said, “We are devastated to learn that Lisa Quiroz has passed. She was a trailblazing leader and mentor to many, and my friend since we worked together on the NYC Latin Media and Entertainment Commission, which she co-chaired. She brought her passion and power to all that she touched: publishing, philanthropy, diversity and inclusion, the advancement of Latinx students, and later to awareness around pancreatic cancer. We will miss her light but know that her legacy lives on.”

Ms. Quiroz excelled in both business and philanthropy. She was the founding publisher of People en Español, which under her leadership topped Adweek’s “10 Under 40 Magazine” Hot List for three consecutive years. She also created and launched Time for Kids, an award-winning classroom news magazine for elementary school kids with a circulation of over 3.5 million. In 2006, Ms. Quiroz took on the responsibilities of heading Time Warner’s diversity and multicultural initiatives. She began collaborating across all of Time Warner’s divisions to create effective programs aimed at better serving and reaching a more diverse marketplace, and in 2012 was named Time Warner’s first chief diversity officer. As president of the Time Warner Foundation, she decreased barriers to opportunity for emerging talent by promoting equity and inclusion in grant supported programs.

Our thoughts are with Ms. Quiroz’s family, friends, and former colleagues as we remember her legacy of championing inclusion and respect for all in business, arts, and culture.