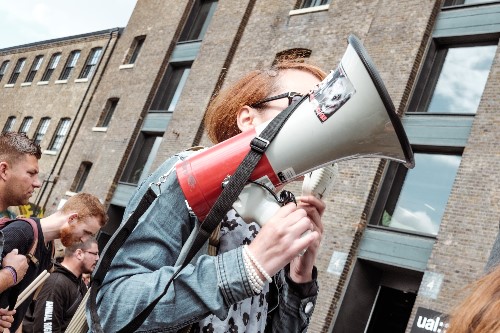 They create two types of women in bedtime stories: the innocent and gullible princess and the deceitful and wicked witch. They ask all women to be the former, but secretly believe that all women are the latter. They demand that women be pure—but call women natural liars.

More specifically, I am talking about those who point their fingers at the victims of sexual harassment and assault and tell them to stop lying.

The #MeToo movement that spread virally in 2017 opens a platform for sexual harassment and assault victims to break their silence. As more harassers face accusations, there are people who start to question: are these women speaking the truth? A recent study shows that a significant number of people believe that these women are making up stories of sexual assaults and harassment. To those who hold this opinion, I have to question: why would they do that?

We have to admit that fake stories exist everywhere. However, sexual assault is a little different because reporting sexual assault can, ironically, lead to punishing the victims instead of the perpetrators. In many police cases, women were identified as liars when they truthfully reported sexual assault that actually happened. In one case that happened in Lynnwood, Washington, a young woman who was violently raped by a stranger who broke into her home was even charged with a misdemeanor by the officers who were supposed to help her, but who didn’t believe her. After suffering both physically and mentally, she received devastating backlashes from her friends and family for “making up” the story. Her rapist wasn’t arrested until more than two years later. Sexual assault victims face the risk of being prosecuted. Such victims are often weaker than their assaulters in terms of both physical strength and social status, which is the reason that they are victimized.

We have to remember that sexual assault victims are victims. Claiming them as liars without proof is to victimize them twice, and the second wound could cut deeper than the first.

Wenqing Zhu is Communications Intern at Legal Momentum and a student at Barnard College of Columbia University.