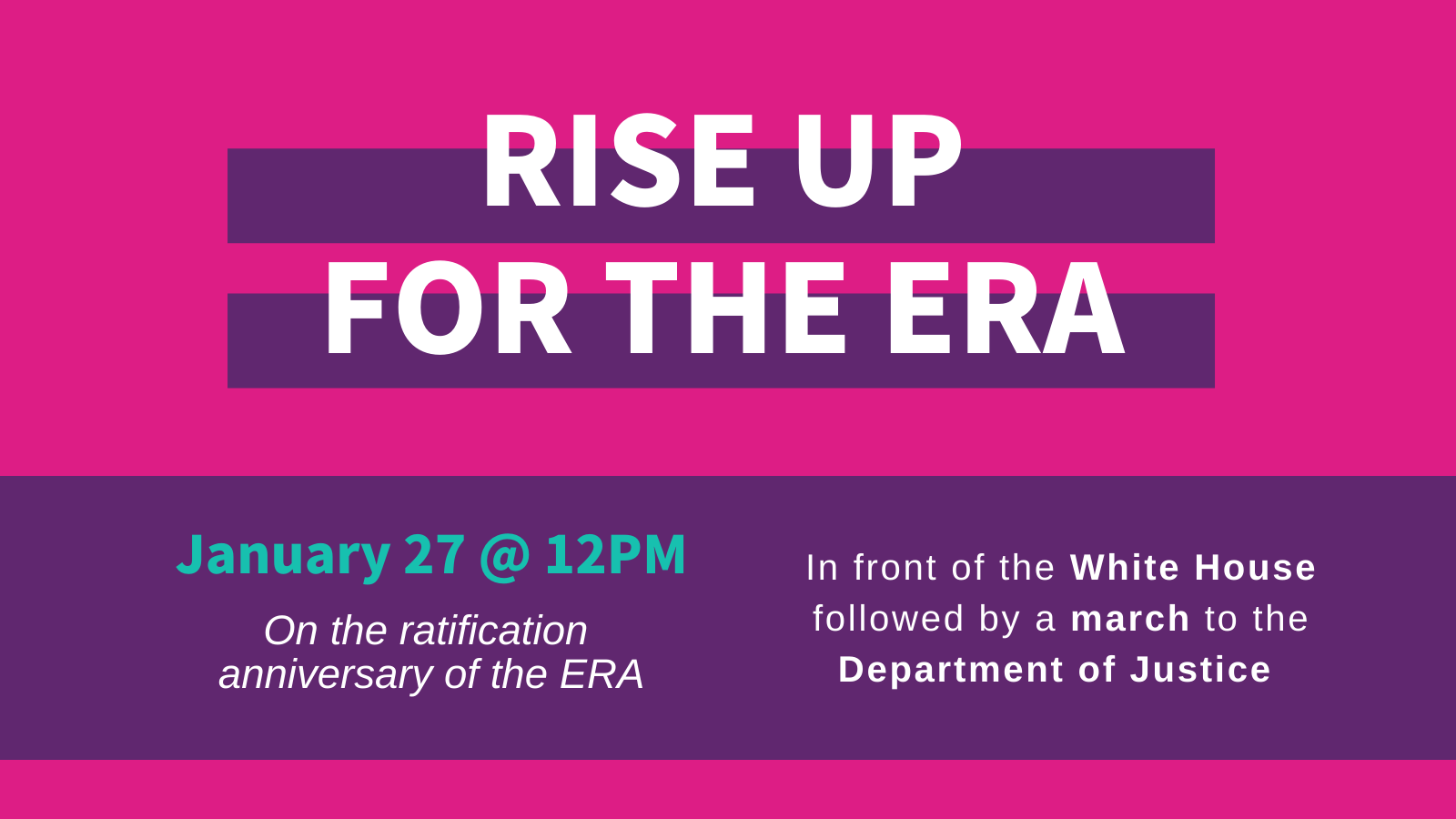 January 27th, 2022 marks two years since Virginia, the last state needed to reach the 38-state threshold, ratified the Equal Rights Amendment (ERA). Join Legal Momentum and the ERA Coalition as we commemorate with a rally for a more just future for all in Washington, D.C. and livestreamed on Facebook— January 27th at noon!

What is the ERA?

The Equal Rights Amendment (ERA) would be the 28th Amendment to the United States Constitution and adds express language guaranteeing equality on the basis of sex.

What is the status of the ERA today?

The ERA passed Congress with bipartisan support in 1972 and quickly gained momentum. Within a year, thirty of the thirty-eight states required for an amendment to be added to the Constitution ratified it. By 1977, progress slowed to a trickle and the ERA stalled just three states short of ratification. On January 27, 2020, Virginia became the 38th and final state needed to ratify the ERA, joining other recent ratifications including Nevada in 2017 and Illinois in 2018. Now, two years after ¾ of states ratified the ERA it has met all Constitutional requirements. At issue currently is whether the 1982 deadline set by Congress means that the three recent state ratifications have come too late to be counted.

The three latest states to ratify the ERA—Virginia, Illinois, and Nevada—are demanding that the Government finally certify and incorporate the ERA into the Constitution. Earlier this month Legal Momentum joined more than 50 women’s rights and gender equality organizations in filing an amici curiae brief in Commonwealth of Virginia et al v. Ferriero in support of these states’ argument.

Join Legal Momentum and the ERA Coalition in recognizing that tomorrow, January 27th, 2022, marks two years since Virginia, the last state needed to reach the 38-state threshold, ratified the ERA. The ERA Coalition is celebrating with a rally in Washington, D.C. at noon on January 27th for a more just future for all. Watch the livestream on Facebook.

We can get the Equal Rights Amendment added to the Constitution, but we need your help! #RiseUp4ERA and rally with us to take action for equality.

In addition to taking part in the rally, there are more actions you can take: